Can't a genetically engineered teenage assassin catch a break? Not in Season 2 of the Amazon series

Can't a genetically engineered teenage assassin catch a break? Not in Season 2 of the Amazon series

Hanna has a few problems.

For one thing, people are always either trying to kill her or get her to kill for them. This problem may be common among genetically engineered teenage assassins, but still. 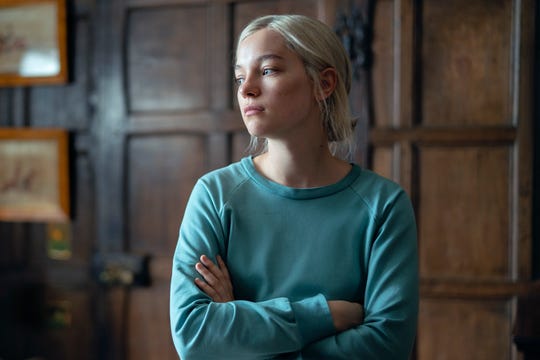 Hanna’s cool with hanging out in the forest but Clara yearns for other things — a mother she’s never known, a sense of community, lip gloss. OK, not lip gloss but… normalcy. Plus, there are bothersome helicopters with obvious evil intent circling. And nobody’s going to want to watch a series about two girls camping.

So the driven but naïve Clara hits the road, which motivates the protective Hanna to go after her. Hanna, in turn, has her own protector in the shady government agent Marissa (Mireille Enos, really good at this stuff) who caught and saved her last season.

Obviously “Hanna” leans on the rebellious/outcast/isolated teen thing. And indeed the highly watchable second season does a good job examining questions of family, trust and friendship while offering up plenty of shootouts, fights and dicey situations to keep things moving.

Unfortunately the writing here can get pretty lazy in those dicey situations, over-relying on nick-of-time rescues, the sort where an escape car nonsensically pulls up at just the right time or someone magically appears to shoot a bad guy who’s about to shoot a good guy.

That happens all the time in uninteresting shows but stands out like a series of proverbial sore thumbs in a more interesting show like “Hanna.” A genetically engineered teenage assassin deserves better.