Detroit’s venerable Scarab Club celebrates its 110th birthday in the New Year, and is riding on something of an unexpected high. 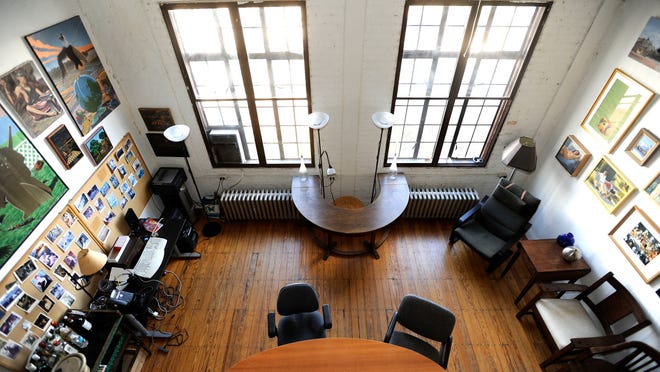 The club for artists and art-lovers behind the Detroit Institute of Arts has $100,000 in its capital fund, the result of two large recent donations, and $50,000 in the bank for operational expenses.

Membership’s at an all-time record, just short of 400, a quarter of whom joined in just the last year. Even better for a cultural institution sometimes unfairly dismissed as old and fusty, the majority of new members are under 50.

“I’ve heard Scarab Club described as this hidden gem,” said Ashley Hennen, the newly hired 29-year-old executive director, “and we’re doing a lot to work on the ‘hidden’ part of the phrase.”

When Duncan Campbell took over as board president two years ago, the club had, he noted, great programming — a jazz series, a chamber-music series, regular sketch sessions with live models, legendary parties and 25 art exhibitions a year.

“But no one frickin’ knew about us!” he said. “We were a club the public could visit and join, but had a big marketing problem.”

To that end, the Scarab recently engaged the Mars Agency, a Southfield marketing firm, which donated about $150,000 in pro-bono work on a gentle rebranding. Last summer the Scarab Club unveiled its catchy new slogan: “We know Detroit by art!”

Decades ago, said artist Mary Fortuna, the place seemed laughable and hopelessly out of date. But that all began to change around the year 2000, she said.

Today, she noted, “The club badly doesn’t want to be seen as some sort of old stick-in-the-mud place, and they’re working very hard to counter that.”

Exhibitions Director Treena Flannery Ericson organizes a new show every six weeks, both in the main, white-box gallery downstairs, and in the handsome Arts and Crafts lounge on the second floor. She’s worked hard to exhibit the younger, emerging artists Detroit is suddenly famous for — a direction Hennen wants to continue.

The new director envisions small group shows of young artists, “to give them that second-tier platform before they have a solo show of their own.”

But Hennen, who majored in dance and came to the Scarab Club from the nonprofits Hatch Detroit and the bike-oriented Tour de Troit, sees no conflict between a well-established, older membership and bringing in young blood, both to exhibit and as members.

“The club has this interesting binary tradition of history combined with contemporary, avant-garde art,” she said, “which is a really interesting intersection to work in.”

All the same, she and Ericson face a problem that confronts so many arts organizations — small staff and a small budget, pegged this year at about $300,000.

The largest share of club income, Campbell noted, comes from rentals for weddings, business meetings and the like. Part of the $100,000 in the capital fund will go, he said, “to completely renovate our kitchen on the second floor and the pantry on the first” for rentals and club use.

Fans of Hennen’s think she’s just the person to help push the club to the next level.

“Ashley is incredibly capable,” said her former boss at Hatch and Tour de Troit, Vittoria Katanski, “and the club is a Detroit treasure.”

Founded in 1907, the Scarab Club began as a way for artists and art lovers to socialize and talk art — spurred in part by Detroit’s emergence as a major center of design, thanks to the growing auto industry.

From the start, it had a distinguished membership, including architect Albert Kahn, DIA director Clyde Burroughs and art patrons Edsel and Eleanor Ford.

There have, alas, been scandals. When Norman Rockwell came for lunch and signed the beam in 1946, someone stole his wife’s mink coat.

“The club purchased another one and drove it out to their home” in Massachusetts, said Ericson, “and she refused to accept it.”

Ericson can’t explain why. “I think she was just angry,” she said.