Two exhibitions in Oakland County provide a refreshing contrast in styles, as well as evidence of artistic overlap 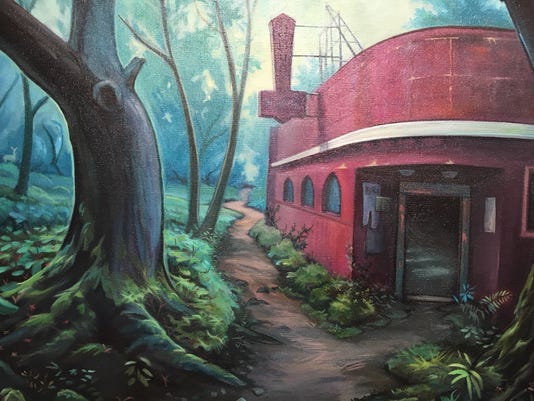 Two exhibitions in Oakland County provide a refreshing contrast in styles, as well as evidence of artistic overlap.

In West Bloomfield, "Outside In: Artists of the Detroit Landscape" will open Sunday at the Janice Charach Gallery, featuring the work of some of the city's most-famous street artists. At the Oakland University Art Gallery in Rochester, "Who Were They Then" is up through Nov. 18.

Taking the former first, "Outside In" brings muralists and graffiti artists, whose work by definition is outdoors, public and often scrappy, into the rarefied atmosphere of an art gallery.

"Most of the artists are self-taught," said gallery director Kelly Kaatz, "and started painting when they were young."

Nicole Macdonald, who took painting courses as a youngster before studying anthropology and philosophy at the University of Michigan, has brought two of her billboard-sized paintings with implicit political messages — "Sanctuary State" and "Sanctuary City."

Neither Michigan nor the Motor City are sanctuary zones, where public officials refuse to cooperate with the Trump administration's wholesale efforts to deport undocumented aliens.

But the artist explains she's mimicking John Lennon and Yoko Ono's "War Is Over" series from the 1970s, which appeared on neon signs and billboards.

"The whole point to this series," Macdonald said, "is you declare what you want, even if it's not real. People ask, 'Is Detroit a sanctuary city?' And I say, 'If you want it.' "

Less overtly political are Sydney G. James' two large, gorgeous portraits of determined-looking women of color, posed in front of crimson backdrops that have the look and feel of African fabric. 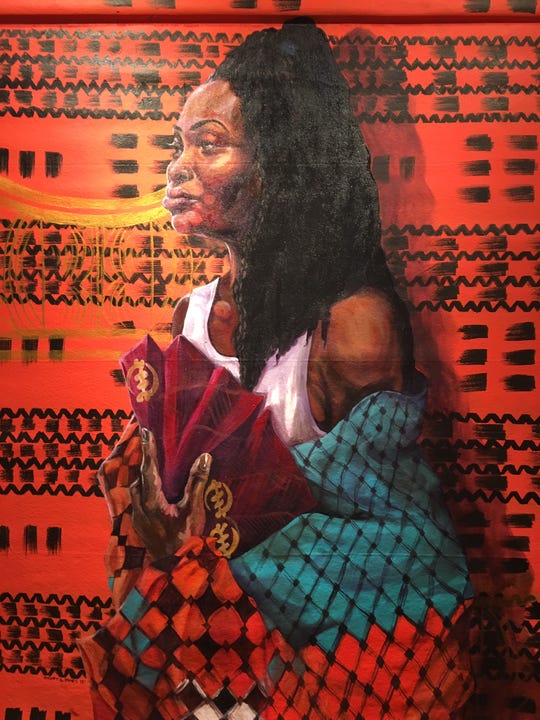 "Her faces are really defined," Kaatz said of the artist, who was not self-taught, but studied illustration at the College for Creative Studies. "Look at the eyes. This one's staring at you wherever you are."

Three pieces by the husband-wife duo known as the Hygienic Dress League are simultaneously absurd and political, even if it's hard to know what the precise political message is.

Visitors are likely to be most struck by their shiny gold statue of a deer. As is typical in HDL's crazy-quilt world, the animal, made of painted cast aluminum, is wearing a gas mask. 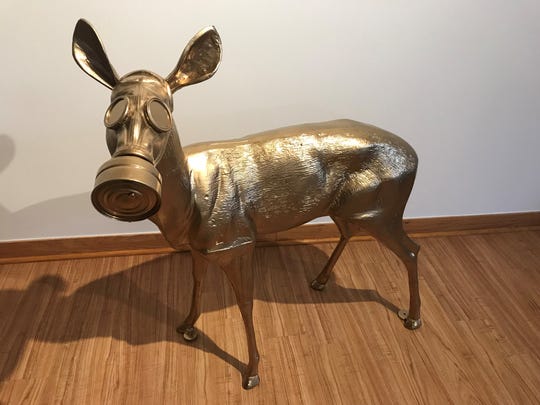 "Profit of Doom" by the Hygienic Dress League at the Janice Charach Gallery. (Photo: Kelly Kaatz)

The non-Detroiter in the show is an Ohioan who goes by Monster Steve, whose characters have a surreal, sometimes creepy quality — like a colorful portrait of a trail runner with no head, and odd, gangly limbs.

Uniting the works by five artists in “Who Were They Then” at Oakland University Art Gallery is their understated beauty. There’s a lyricism running through almost every piece in the show.

Good examples can be found in the various canvases by Detroiter and Kresge Artist Fellow Bryant Tillman, who's best known for his Motor City landscapes. 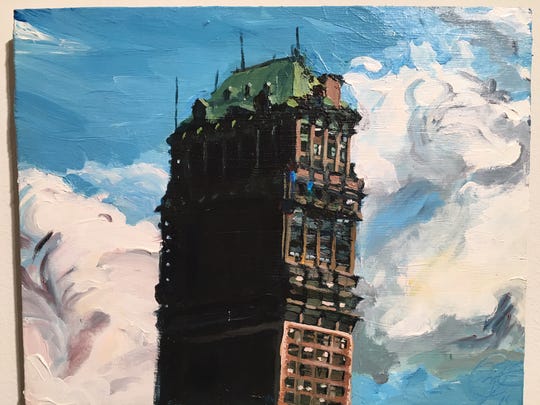 There's a pleasing, loosely rendered painting of the Fisher Building, as well as one of Detroit's Book Tower. And don't miss Tillman's moody self-portrait, "Selfie."

Clinton Snider is another painter who's concentrated on the look of Detroit, often zeroing in on otherwise forgettable buildings and landscapes like "The Crossing" or "Deliverance," with its red, modern commercial building seemingly lost in a deep forest.

And don't overlook Morgan Barrie's hallucinogenic portraits of individual animals in Eden-like surroundings, such as "Pest 2," with its deer incongruously grazing atop a stone column. 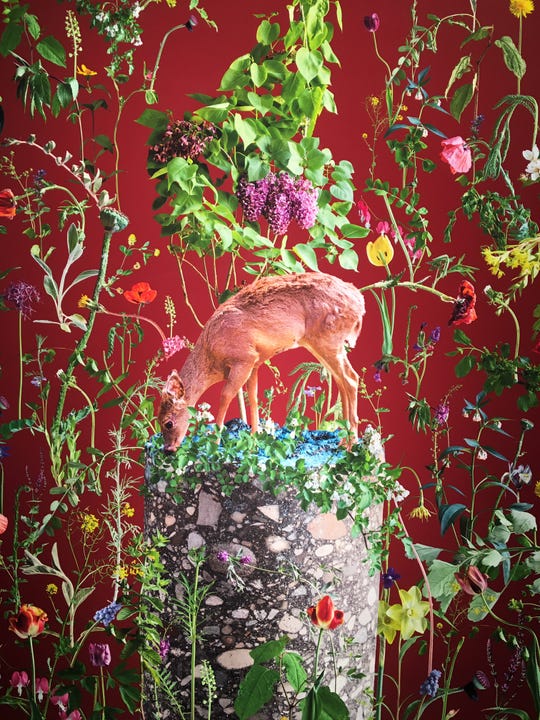 'Outside In: Artists of the Detroit Landscape'

'Who Were They Then'