Next stop: New novel coming from ‘Girl on the Train’ author

Next stop: New novel coming from ‘Girl on the Train’ author 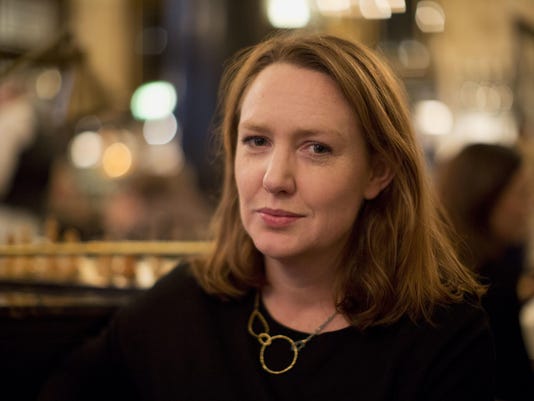 New York — The British author of “The Girl on the Train” will next tell a tale of murder in a riverside town.

Riverhead Books told The Associated Press on Tuesday that Paula Hawkins’ “Into the Water” is a suspense novel about family secrets and “the slipperiness of truth” that will be published May 2. The plot centers on the discovery of the bodies of a mother and teenage girl at the bottom of a river and the investigation that follows.

“This story has been brewing for a good while,” Hawkins said in a statement. “For me there is something irresistible about the stories we tell ourselves, the way voices and truths can be hidden consciously or unconsciously, memories can be washed away and whole histories submerged.”

Sarah McGrath, Hawkins’ editor in the U.S., said in a statement: “Just as ‘The Girl on the Train’ explored voyeurism and self-perception, so does ‘Into the Water’ interrogate the deceitfulness of memory and all the dangerous ways that the past can reach a long arm into the present and future.”

The novel is Hawkins’ first since “The Girl on the Train,” her sensational 2015 release that sold more than 18 million copies worldwide and was adapted into a film of the same name starring Emily Blunt. The 44-year-old author is a former financial journalist who had written romantic fiction under the pen name Amy Silver.

“I find writing the darker side, writing tragedy, a lot easier than writing happiness,” she told the AP in 2015.