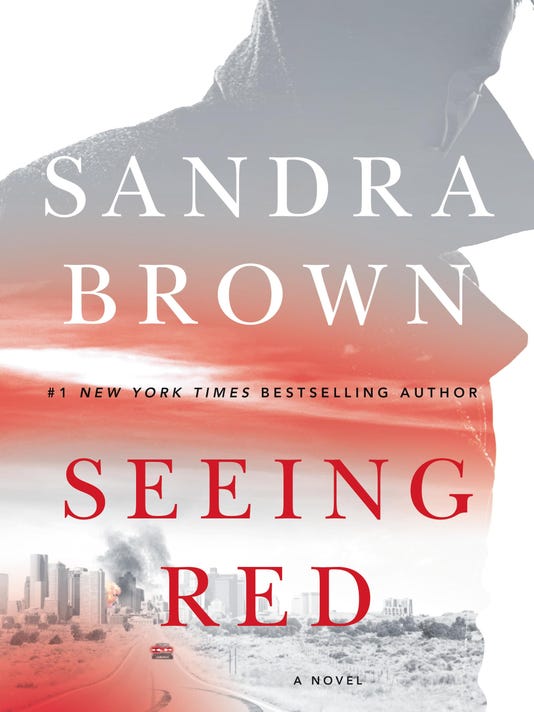 A man’s heroic act in the past has ramifications in the present in “Seeing Red,” Sandra Brown’s latest collision of suspense and romance.

Kerra Bailey, a television journalist, wants to interview Major Franklin Trapper. Twenty-five years earlier, he saved several people, including a little girl, after a hotel bombing. He gave many interviews, and every time there was another major incident, he became the spokesperson for heroism. A few years ago, he became a recluse and quit answering his phone. Bailey was the little girl he saved that day, and her identity has been a secret. She was going to reveal the truth during their sit-down session in front of cameras.

The Major’s son, John, has a strained relationship with his father, and it boils down to him not believing the official events of that day. His obsession for the truth has cost him his job with the Bureau of Alcohol, Tobacco, Firearms and Explosives, a fiancee and the Major’s respect. Now Bailey has been pushing him to get her access to his father, her rescuer.

The pursuit of the interview seems innocuous as first, but there are some people who will do anything to keep quiet what really happened 25 years ago. John was a lot closer to the truth than he realizes, and it could cost everyone their lives. Brown’s story mixes thrills with mystery and a spicy sex scene or two.

Strong characters and an emotional narrative make this one of Brown’s best books in years.