Grey Ghost to open in Midtown

Grey Ghost to open in Midtown 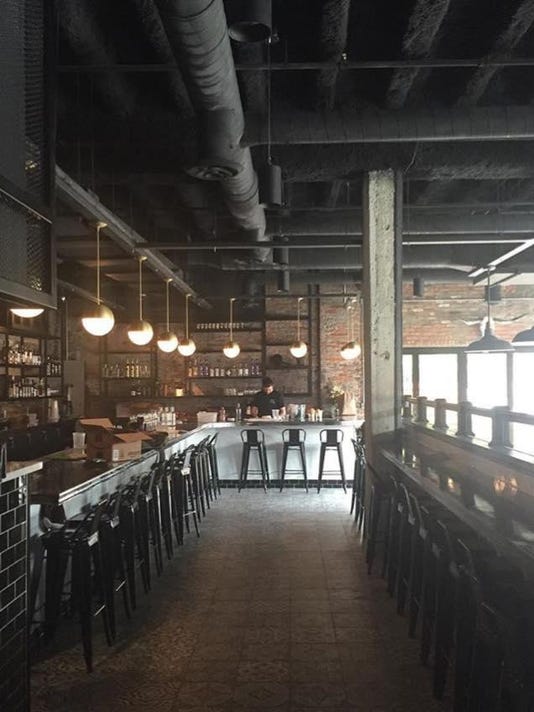 A look at the interior of Grey Ghost, which is set to open Thursday in the Midtown/Brush Park area.(Photo: Facebook)

A highly anticipated, meat-centric restaurant Grey Ghost is set to open at 4 p.m. Thursday in the Midtown/Brush Park area.

The 2,500-square-foot restaurant is run by twin brothers and Metro Detroit natives John and David Vermiglio, with John on board as a chef along with chef Josef Giacomino. A fourth partner, Will Lee, will oversee the cocktail program.

The project was announced in November, and in March more details were revealed about Grey Ghost’s exact location, the first floor of the Crystal Lofts at 47 E. Watson at Woodward.

The restaurant, which is named after the legend of a rum-running pirate on the Detroit River, will seat 80.

The bar will mix an impressive list of 20 craft cocktails, including three kegged cocktails. One libation on the menu is called “Friendly Fire” and is made with rum, plum wine, raspberry, lime and chocolate. The beverage list has 10 wines and about a dozen beers, from Hamm’s to Dragonmead’s Final Absolution.

Reservations can be made via the Open Table app or on the website at greyghostdetroit.com.

This winter New Order Coffee Roasters will open next door in the same building at 3100 Woodward. The 2,000-square-foot cafe will roast beats on premise in nano-batches to enjoy by the cup or to take home.

Patrick Seeney and Elizabeth Rose of Roasting Plant will be behind the coffee program at New Order, which will offer an interactive custom roast program for coffee-lovers who want to have more control over how roasted their take-home beats are.