Two bartenders from Detroit businesses have earned spots competing with other beverage experts on a national level this spring and summer.

Tara Jagodzinski of the Peterboro restaurant in Midtown was named the winner of the Exotico Tequila "Make it Exotico" cocktail competition at Tales of the Cocktail spirit conference in New Orleans.

She wowed judges last week with her Spaisi Ginger cocktail, the same drink that earned her a spot in the finals after the local round in Royal Oak this spring. There, she won not only the judges' favor, but also the nod for crowd favorite. 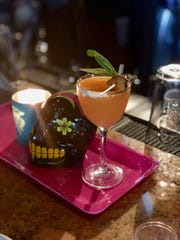 The Spaisi Ginger cocktail from Tara Jagodzinski of Detroit at the Peterboro restaurant. (Photo: Melody Baetens / The Detroit News)

Marlowe Johnson, head bartender at the Candy Bar at the Siren Hotel, is a finalists in the United States Bartenders’ Guild-sanctioned competition 2018 Cocktail Classique sponsored by Lucid Absinthe Supérieure.

Johnson will compete with his concoction titled “Tannhauser Gate,” made with Lucid Absinthe Supérieure, of course, plus Kentucky bourbon, Cocchi Americano, fresh pineapple and lime juices, homemade banana syrup and a pinch of salt.

One of five finalists — and the only from the Midwest — Johnson will battle at the finals in New Orleans on Aug. 20. If he's victorious he'll win a trip to the Combier Distillery in France's Loire Valley, where Lucid Absinthe is made.

Marlowe Johnson of the Candy Bar at Detroit's Siren Hotel will compete in New Orleans next month with his  Tannhauser Gate cocktail with absinthe and whiskey. (Photo: Courtesy of PeetCom.Inc)

Here's the recipe for Johnson's Tannhauser Gate, if you'd like to make it at home:

Build all ingredients in tin and shake with ice. Fine strain over ice in a rocks glass and garnish with a lime wheel.

Note: Slice three ripe bananas and add to a pot with 500 grams sugar and 500 grams water and a pinch of salt. Let gently simmer until bananas soften and begin to break apart. Fine strain and let cool. 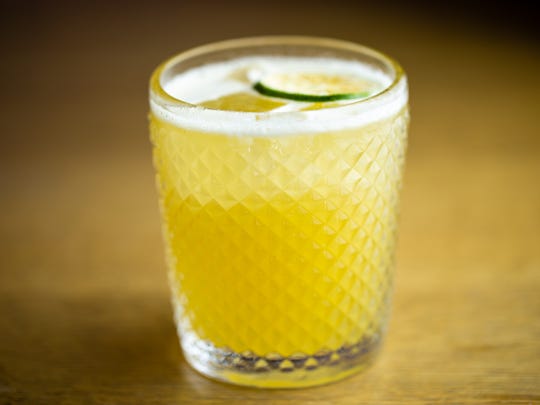 Marlowe Johnson of the Candy Bar at Detroit's Siren Hotel will compete in New Orleans next month with his Tannhauser Gate cocktail with absinthe and whiskey. (Photo: Courtesy of PeetCom.Inc)