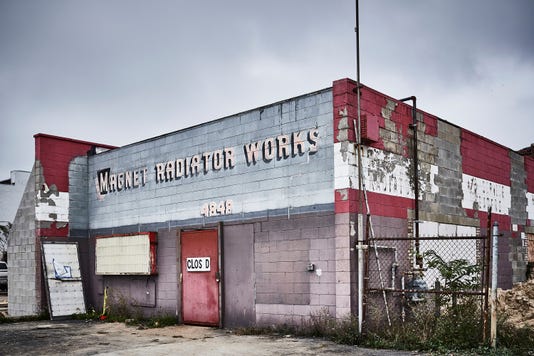 The future home of the restaurant Magnet, coming in 2019 from the team behind Corktown's Takoi.(Photo: Joe Vaughn)

From the team behind popular Thai-influenced spot Takoi in Corktown, upcoming restaurant Magnet is readying to open near a new development in Detroit in the Grand River and W. Warren area. Diners can get a preview of the cuisine at Frame in Hazel Park next month.

Executive chef Brad Greenhill says the premise at Magnet will be open-flame cooking -- no burners or fryers. He says that the food he and chef de cuisine Mike Conrad are presenting will vary — both chefs have experience cooking Italian, Mediterranean,  Middle Eastern and East Asian styles — and there will be a focus on roasting whole vegetables and whole pieces of meat (an entire fish, a whole lamb shoulder, etc.) for shareable dishes.

The menu will be plant-centric and globally inspired, but it's by no means a vegan or vegetarian restaurant. Greenhill and Conrad may, for instance, roast a whole pumpkin or cauliflower. "We're going to do a lot more with vegetables than most restaurants," he said. 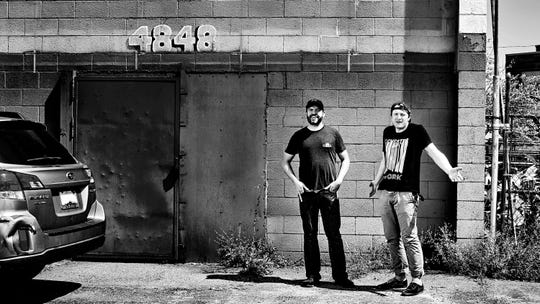 Takoi chefs Brad Greenhill, left, and Mike Conrad will host a series of preview dinners for their new restaurant Magnet at Frame in Hazel Park next month. (Photo: Joe Vaughn)

Cooking over open flame presents the chefs with a lot of different challenges.

"For us in the kitchen, it makes us sort of simplify things a little bit because it's not as simple as turning on a fryer or putting a pot of water on the stove to boil," said Greenhill. "Everything needs to be a little bit more thoughtful and deliberate ... working with the coals and the fires and the stuff that we have."

"In some ways it's simpler, and in other ways it's a lot more complex, kind of like fire itself," he said.

Magnet is still under construction; it will be 2019 before it's ready to open at the former Magnet Radiator Works building at 4848 Grand River in the developing area Core City, which is west of Woodbridge and north of Corktown. Magnet will be a stone's throw from the True North Quonset huts from developer Philip Kafka, who is also invested in both Takoi and Magnet.

Diners curious to see what is in store at Magnet can attend one of the preview "test kitchen" dinners at Frame, an open kitchen and dining area inside neighborhood pub Joebar in Hazel Park. These events give Greenhill and Conrad a chance to experiment.

When Thai-influenced Corktown restaurant Takoi was decimated in a fire in February 2017, Greenhill was able to keep food flowing and staff employed by popping up for a two month residency inside Frame. This was the first event at Frame.

Frame owner Joe Vaughn says the space is a good opportunity to allow not-yet-open restaurants to test dishes and give employees practice. 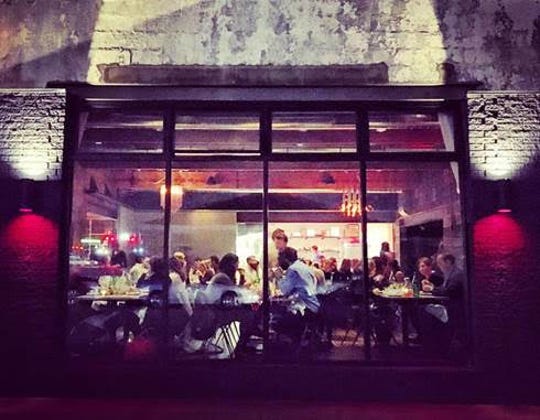 "They love the feedback and they love the idea of creating some energy before they typically launch," said Vaughn, adding that a service at Frame helps a new restaurant work out the kinks. "There's an expectation at Frame, (guests) know we're an incubator."

Greenhill and Conrad will change the menu each week of the residency, and there will be a vegan option.