Considered the ultimate comfort food, the Stage Deli serves around 1000 bowls a week of the Passover-friendly chicken soup-based dish

The Jewish holiday of Passover begins Friday. This, coupled with several more rainy spring days on the horizon, make it a perfect season for a satisfying bowl of matzo ball soup.

At the Stage Deli in West Bloomfield Township, second-generation owner Steve Goldberg and his staff move about 1,000 bowls of the dish a week. Goldberg calls the chicken soup base of the dish "Jewish penicillin."

"It's sort of the ultimate comfort food," he said, adding that they make their chicken soup base from scratch, and it usually takes three people rolling nonstop for three days to satisfy the demand for matzo — or matzoh, or matza — during the Jewish holidays.

Matzo is kosher for Passover because it is unleavened, meaning it does not have a rising agent in it.

"Matzo ball is made from matzo meal, which is simply flour and water, no leavening, so it doesn’t rise at all, which is the thing for Passover," said Goldberg. "And then eggs, salt, pepper, oil. Very simple." 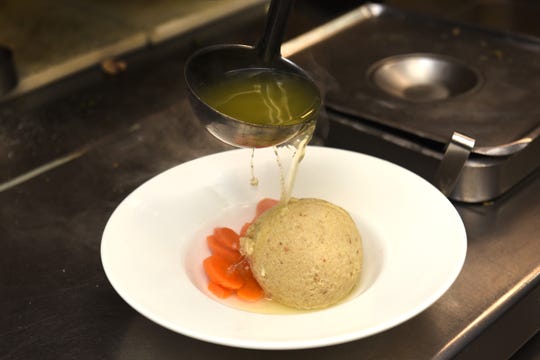 He recommends cooking the balls in a broad pot that is wider than it is deep "because they have to expand." He makes the mixture in one pot, scoops out balls using what looks like an ice cream scooper. He forms a ball by hand before plopping it into the hot water to cook.

The trained chef and former lawyer said he sees matzo balls as a "blank canvas."

"You can mix anything in there, any sort of aromatics like dill or rosemary or thyme," he said. "Put in grains, like kasha ... you can make it spicy and put in hot peppers, or you can go Thai and put in some vinegar and some hoisin sauce. Anything you want, really."

While he likes to riff on the classics, he said the Stage Deli tries to maintain tradition while offering something for everybody.

His parents, Jack and Harriet Goldberg, first opened the restaurant in Oak Park in 1962. They gave it a Broadway theme because it was next to the Northland Playhouse; the actors would come by after the show and eat.

About 20 years after opening they moved the restaurant to West Bloomfield. Steve — who started working at the Stage at age 7, making 50 cents an hour — took over for his parents in the 1990s. Today the spacious restaurant with deli counter pays homage to Jewish stars past and present with painted portraits of around the modern dining room.

"My father's conception was to take the delicatessen and elevate it into an upscale restaurant and he was very successful doing it," said Goldberg. "I owe everything I have today to his concept and his eye for quality, which was really his hallmark: quality over quantity, quality at all costs." 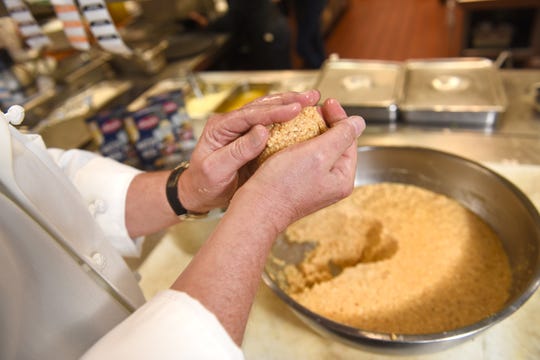 But with around 600 items on the menu, the Stage Deli is also about quantity.

Goldberg says besides matzo ball soup, their most popular dishes are kale salad and the #32, a hot corned beef or pastrami sandwich on rye with coleslaw and Russian dressing. "It's a wonderful combination of salty, sweet, crunch and soft ... great contrast going on," says Goldberg.

For Passover, the Stage Deli, which gets fresh fish delivered six days a week, will serve all its sandwiches on matzo bread and also stocks up on ingredients for gefilte fish, especially for catering orders.

"It's ground white fish and trout mixed with eggs and matzo and seasoned and then formed into balls and poached in fish stock," he said. "It's a traditional starter for Passover and other Jewish holidays. It's so popular in the Jewish world that demand for white fish and trout spikes during those holidays and sometimes it's hard to get."

Goldberg says that while many people still cook at home for Passover, they supplement the dinner menu with items from the deli's catering service.

"People still cook at home ... they may be serving 10 different dishes, they’ll cook one or two at home and then come to me to get the eight other dishes," he said. "So they feel like they’ve cooked – which is part of tradition, part of family and community." 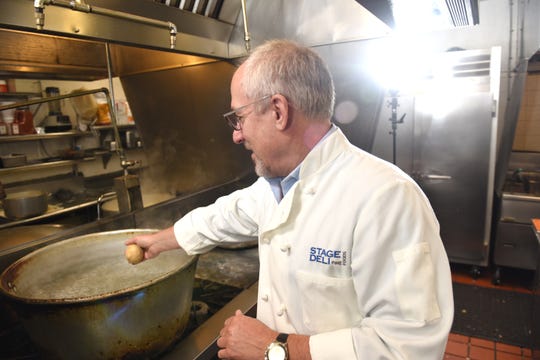