Detroit — About 2,000 people spent part of the first Sunday of the summer consuming more than 2,000 pounds of beef at Burger Battle Detroit 2019. 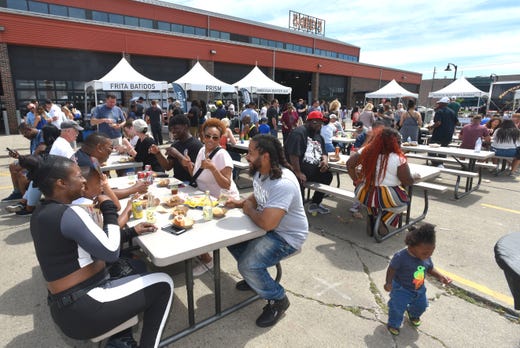 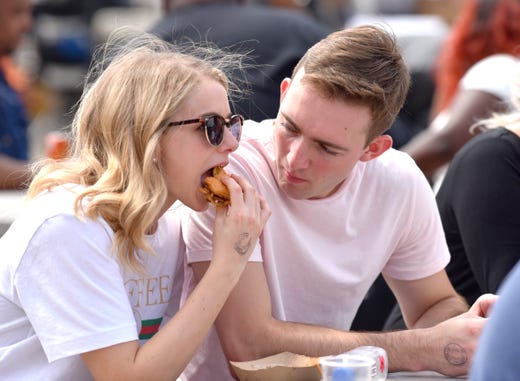 Rachel Lenz, left, of Troy, eats a burger from Frita Batidos as her boyfriend, Steven Lazarevich, right, of Rochester, waits his turn as 16 restaurants cook more than 2000-pounds of meat. Todd McInturf, The Detroit News
Fullscreen 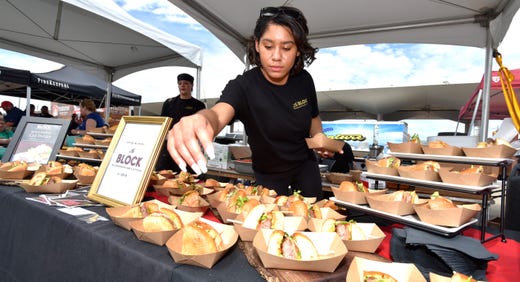 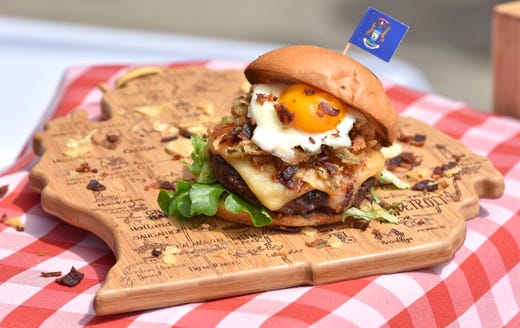 This is The Michigander from The Henry Ford Village Retirement Home in Dearborn. Todd McInturf, The Detroit News
Fullscreen 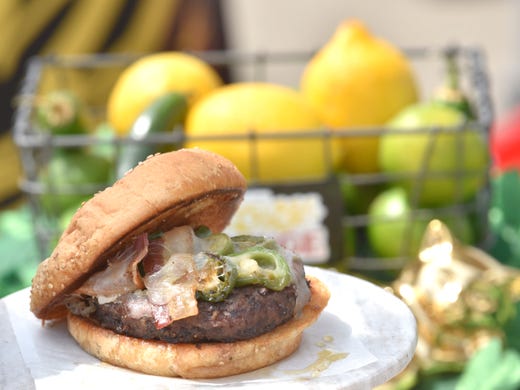 This is the Katburger from the Kozy Lounge in Hazel Park. This burger won the judging competition. Todd McInturf, The Detroit News
Fullscreen 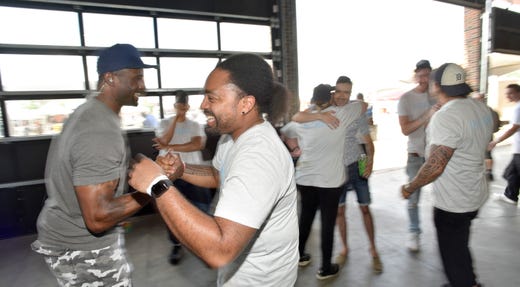 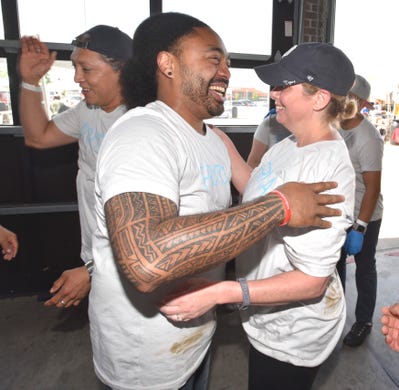 No one seemed to regret their choice at all.

The carnivores gathered Sunday afternoon in the outdoor area of Eastern Market Shed 5. Surrounding the crrowd were temporary booths and grilling areas from 16 local restaurants, all vying for the title Best Burger. The smell of sizzling meat was thick, along with a hint of melting cheese.

Periodically, visitors could hear "Oh, man," or "Wow," or "Oh, yes," as people tasted the samples, which were about the size of a man's fist. Glen Lucas groaned something like, "Oh, hell yeah," after biting into "el guardian del fuego", the offering made by Firekeepers Casino Hotel in Battle Creek. The burger was one of the more exotic: a chili cheese corn chip bun, roasted jalapeno/tomatillo chutney, American cheese and of course, ground chuck. 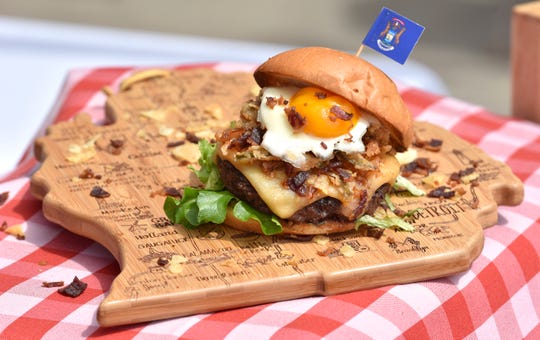 The Michigander from the Henry Ford Village Retirement Home in Dearborn. About 2,000 patrons attended the 5th Annual Burger Battle at Eastern Market's Shed 5 as 16 restaurants cooked more than 2,000 pounds of meat on Sunday. (Photo: Todd McInturf, The Detroit News)

Lucas and his cousin Terrel Trent, both from Southfield, bought their tickets last week for the Sunday event because, well, it's summer's now and they had planned to be in the neighborhood anyway.

"It just seems like a good way to kick off the summer, you know, with some good grilling," Trent said. 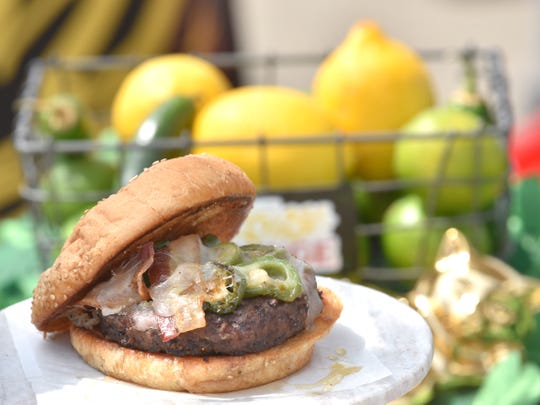 The winner selected by the panel was first-time contestant Kozy Lounge with a burger that involved grilled onion, jalapeno, Swiss cheese and bacon, according to event organizer Scott Rutterbush.

The winner gets $1,000, a trophy and bragging rights until next year's battle.