All restaurants are affected, but how bad is COVID-19 for those that just opened?

All restaurants are affected, but how bad is COVID-19 for those that just opened?

This week's column was supposed to explore the tastes and textures of chef Reniel Billups' cuisine just ahead of the grand opening for her new restaurant, Flavors of Jamaica.

Saturday's ribbon-cutting event was postponed weeks ago, but the jerk chicken and curry shrimp was still heading out the door as the new Pontiac eatery operated on a carryout-only basis. After two weeks of swift business, though, Billups decided Monday to pause until April 13 out of safety concerns. 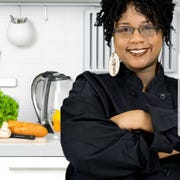 "For one, I have a few employees that are getting a little anxious and nervous about the situation,” she said, adding that she has one employee that take public transit to work. “As much as we need the money, I never want my employees or customers to feel that they money is above their safety.”

When they were open for carryout for a few weeks — serving braised oxtail and house-made soft drinks like ginger beer, sorrel and flavored lemonade from their empty 64-person dining room — Jamaican-born Billups said the response from the community was receptive and every day was a little busier than the last.

"Day one ... we opened at 10 a.m., and no one came through the door until 12:30, no calls, nothing," she said, wondering to her husband if they had done the right thing. They've been running the pop-up and catering company Irie Occasions for awhile, so they weren't totally unknown. "And then all of a sudden the phone rang and kept ringing and people kept coming in."

They're hoping to reopen Flavors of Jamaica for service in a few weeks, and down the line they'll still have their grand opening with ribbon-cutting. Once things return to normal, the Caribbean restaurant, 406 N. Telegraph in Pontiac, aims to be open for lunch, dinner and Saturday breakfast.

Billups says their landlord is working with them and understands the situation. Over at another new restaurant, business owner Nya Marshall doesn't have to answer to a landlord. She owns the building her Ivy Kitchen and Cocktails restaurant is in, but that doesn't mean she's free of issues. 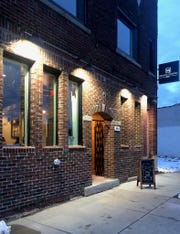 Marshall opened Ivy in Detroit's East Village in late December, acting as a neighborhood hangout with American cuisine and craft cocktails. She said when the stay-at-home order hit she had to change her business model over night and "adjusting hasn't been easy."

"We are new in the food space and began branding the model as it was originally designed," she said. "And now we are forced to rebrand the model into something that it wasn't designed to be."

Ivy Kitchen has been servicing the area with carryout meals and delivery via the Uber Eats app, 4-9 p.m. Wed.-Fri. and 11 a.m.-9 p.m. Sat.-Sun. (including brunch menu 11 a.m.-4 p.m. Sat.-Sun.). She says while sales are "very dismal," she remains optimistic and looks at his as a temporary situation.

"I'm hoping to emerge victoriously in the end," said Marshall, who worked in the automotive industry for 17 years before becoming a restaurateur. She said she's in talks with the city to provide meals to the homeless and hospital workers.

"A couple things I'm certain about ... the tenacity of Detroiters and Michiganders alike and our willingness to survive," she said. "This is the perseverance I'm resting on my shoulders and what gives me the confidence to know that Ivy will get through this."

When Marshall opened Ivy Kitchen she spoke to me about wanting to give people living in the East Village neighborhood a place to sit down and enjoy quality food and service without having to go downtown or Grosse Pointe.

Chef Al El of Sloppy Chops, a new American steakhouse on Detroit's west side, has a similar reason for staying opening while some restaurants are shutting down completely over safety or other concerns. He wanted to provide food to an area that doesn't have a lot of big grocery stores. 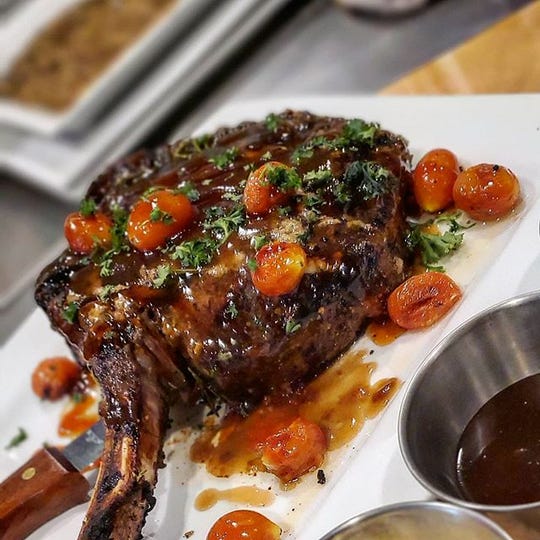 Sloppy Chops on Detroit's west side has been surviving with a good carryout business during the COVID-19 shutdown of restaurant dining rooms. (Photo: Sloppy Chops)

“That was the main objective in making the decision to stay open,” he said. “We can provide a healthy alternative of fresh, cooked-to-order food versus the standard, processed fast food which is currently still open. We wanted to give an alternative food source to our customers.

El said that while they are new, Sloppy Chops has been doing well with their carryout service. Opening day was just a few weeks ago around Valentine's Day, but El has cultivated a good social media following because of his catering business Upscale Cuisine, which he had for a decade. He said the following from his previous business has "definitely sustained us."

El says even if the carryout-only model of business has to last several more weeks, Sloppy Chops should be OK.

Opening a new dining destination was hard enough weeks ago before the pandemic. It's a wait-and-see game now, and each week that goes by brings new ideas to stay afloat and new fears.

Those are just three new businesses with three very different stories. One thing is consistent, and that is the faith that this will not be the end of their dreams to own a restaurant.