After two days of controversy and conversation surrounding Founders Brewing Co. and a racial discrimination lawsuit stemming from its Detroit taproom, the craft beer giant has pulled out of this weekend's Detroit Beer Festival.

A rep for the Michigan Brewers Guild confirmed to The Detroit News Wednesday that Founders has decided not to have its beers at the 11th annual event taking place Friday and Saturday in Eastern Market. 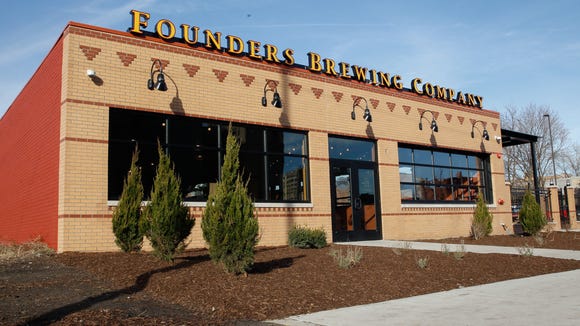 Earlier this year Tracy Evans, a former events and promotions manager, filed a racial discrimination lawsuit against Founders. A deposition related to the case that was leaked this week included statements from Founders' Detroit taproom manager Dominic Ryan that appeared to have him dodging questions regarding Evans' race, saying he is “not sure of” of Evans’ “lineage." Evans is African American. When asked if former President Barack Obama is black, Ryan replied he "never met him."

The controversy led to at least one Michigan brewery to pull out of the Detroit Fall Beer Festival in protest. Other area bars vowed on social media to pull Founders' products from their shelves and coolers.

While Founders published a response to a Metro Times article that first leaked the deposition, they have yet to publicly confirm that they have removed themselves from the Detroit Fall Beer Festival.

A publicist for the Michigan Brewers Guild said the event will go as usual in spite of the state's largest craft brewery not being involved.

"Occasionally we have brewery members drop out of a festival, and while that is unfortunate, the celebration this weekend will be about all the great Michigan breweries and beers that are present," said Dianna Stampfler in an email to The Detroit News.

Billed as one of the largest all-Michigan beer tastings in the state, the Detroit Fall Beer Festival features around 850 products from 130 Michigan breweries.

The Founders Brewing taproom in Detroit, opened in 2017, evokes some of the feel of the original in Grand Rapids, but on a smaller scale. (Photo: Tom Gromak / The Detroit News)