From ‘Nosferatu’ to ‘Ghostbusters,’ classic flicks are in local theaters for Halloween 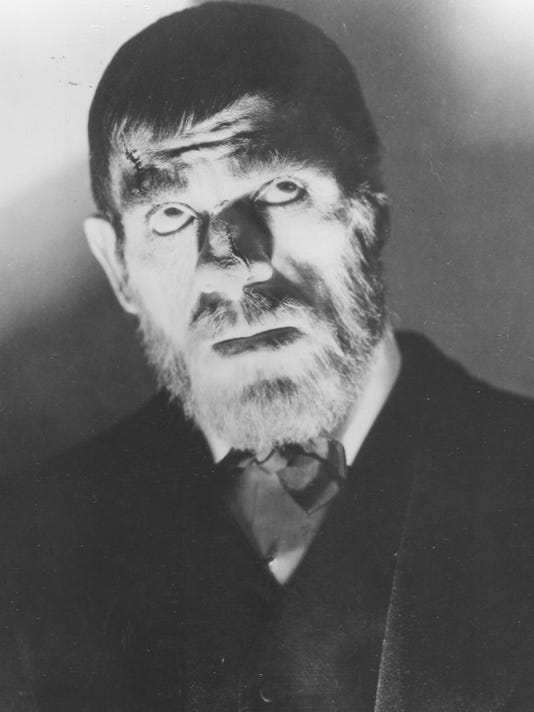 Spooky films are as synonymous with this time of year as candy, black cats, pumpkins and trick-or-treating.

While it’s easy to pop in a DVD or stream your favorite “Saw” film, there’s something more authentic about seeing a classic horror film in a theater. Many local theaters, such as the Redford Theatre, Michigan Theater and the Detroit Film Theatre, show vintage horror films this time of year.

Davey Taylor of Weirdsville Records often hosts screenings of B-films at his downtown Mount Clemens store. He says the appeal of old thrillers is in what they don’t show.

“They let your imagination do the work,” he says. “They didn’t need to show the ax hitting the victim or the gunshot blowing the head off. They were scary without having to see it.

“I think when they are in black and white, it does make it spookier,” he adds. “Grainy or fuzzy film is that of a dream or nightmare, but on the other hand, crisp black and white film have the shadows that will promote the nightmares.”

Taylor says some of best classic films that get trotted out each year to local theaters are “Dracula,” “Frankenstein,” “Night of the Living Dead” and “Nosferatu.”

Metro Detroiters will get a few chances to see the latter in a theater this week. The 1922 German classic is showing Wednesday at the Michigan Theater in Ann Arbor accompanied by Steve Warner on the Barton Organ.

On Saturday, the Masonic Theatre will show the film in grand fashion when Stephen James Warner performs the original score on the renovated Skinner Organ.

“We’re trying to take more advantage of the 1920s theaters that we have inside the Masonic Temple,” says Jeff Stokes, a member of Detroit Lodge No. 2. “We put on an event last year showing ‘Metropolis’ to raise funds to get the organ restored to its original functionality.”

Stokes says the screening will be in the Jack White Theatre inside the Masonic Temple, and is followed by a costume party with concessions and cash bar. Dressing up is not mandatory.

“We wanted to provide a similar theater-going experience for the modern audience that the theater-going audience in the ’20s would’ve had with the live organ,” Stokes says. “Since we have this gem here in Detroit, we felt it was time to start utilizing it again.”

“Nosferatu” is one of the earliest surviving landmark vampire films. Stokes says it was an unauthorized adaptation of Bram Stroker’s “Dracula.” The studio was taken to court, sued and was ordered to destroy all copies of the film, which they did, except for one can.

On Halloween night, the Detroit Film Theatre will show another 1920s German expressionist film. “The Golem: How He Came Into the World,” is a silent film about a clay giant brought to life by magic. Detroit-based musician Joel Peterson will perform an original score while the silent film shows.

Another popular spot to view throwback horror films is Detroit’s Redford Theatre. The historic venue will show films from the 1940s and ’80s this weekend and next.