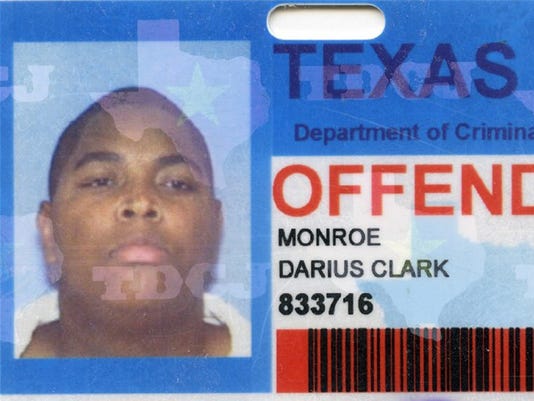 Tens years after robbing a Bank of America, filmmaker Darius Monroe returns home to examine how his actions affected the lives of family, friends ... and victims in “Evolution of a Criminal.” (Photo: Relative Noise)

Darius Clark Monroe was 16, a junior in high school earning A’s. But his close-knit family was broke. And then the family home was robbed.

Darius had a job, but he wanted to do more to help his hard-working folks. So he and some friends robbed a bank. And that night, when his mother returned home from work, she found a shoebox full of money on her bed.

This is the essential story at the heart of “Evolution of a Criminal.” Darius was eventually caught and sent to prison at age 17 as an adult. When he got out, he went to school and eventually ended up in New York University’s graduate film program. No one there knew his story until he began working on “Evolution.”

The film concentrates on his life leading up to the crime and the crime itself, leaving his time in prison as a self-evident awfulness and his fight for redemption a bit fuzzy. What’s clear though, is the impact the crime and his imprisonment had on his family, on victims at the bank (no one was harmed, but they were mightily shaken up), even on Darius’ teachers.

Darius returns to the Houston area where he grew up to interview his family members (six other family members have been to prison over the years) and others who knew him at the time, including the prosecutor who put him in jail. He also goes door-to-door apologizing to the people he terrified in the bank; some accept his apology, some not so much.

“Evolution” is obviously the passionate work of someone who wants to show others that a life can be turned around. It could use a bit more context — at first it’s hard to figure out when and where we are — and there has to be some sort of story as to how Darius got to NYU. It would also be nice to know where all the money Darius stole went.

Still, the film is testament to how soul-sucking poverty and good intentions can inspire wrong, dream-ending moves. Darius pushed past his dark years and bad turns and, even if his story seems a bit incomplete, it still carries hope.

Director Darius Clark Monroe will join the audience at Cinema Detroit, 3420 Cass in Detroit, via Skype for a Q&A after the 7:30 show tonight and on Tuesday after the 7:30 p.m. show.

‘Evolution of a Criminal’