Tweet came out the day before the Martin Luther King Jr. holiday; King was was killed by a sniper 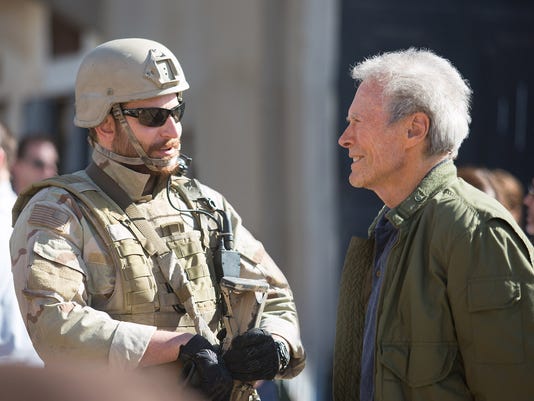 What do Michael Moore, Clint Eastwood, Bradley Cooper and big guns have to do with one another?

Not all that much, as it turns out. But Monday, in a stunning example of social media hysteria, Moore, the Oscar-winning documentary filmmaker from Michigan, found himself at the center of a storm of criticism about Eastwood's latest film, "American Sniper."

Moore sent out a tweet Sunday that said, "My uncle killed by sniper in WW2. We were taught snipers were cowards. Will shoot u in the back. Snipers aren't heroes. And invaders r worse."

This was as "Sniper," which stars best actor Oscar nominee Cooper and has been nominated for the best picture Oscar, was breaking box office records over the weekend, heading to more than $100 million.

Deadline Hollywood, The Hollywood Reporter and other media immediately jumped on the tweet and reported that Moore had joined the predictable chorus of critics decrying the portrayal of the film's chief character, Chris Kyle, a sniper credited with 160 kills in the Iraq War.

And his tweet came out the day before America celebrates the Martin Luther King Jr. holiday.

King, of course, was killed by a sniper.

So, on Monday, Moore sent out a tweet pointing out that he'd never mentioned "American Sniper." Eventually he sent out another tweet linking to a Facebook page post in which he praised Cooper and much of the movie.

"Awesome performance from Bradley Cooper. One of the best of the year. Great editing. Costumes, hair, makeup superb!" Moore wrote. He took some exception with Eastwood's perspective, "But there is also anti-war sentiment expressed in the movie. And there's a touching ending ..." he wrote.

Some people have criticized "Sniper" for making Kyle out to be a hero and smoothing over or ignoring some of his rougher edges. Others say it glorifies violence.

Either way, it's a movie, not history. Trying to sort out the truth in movies is a tricky business.