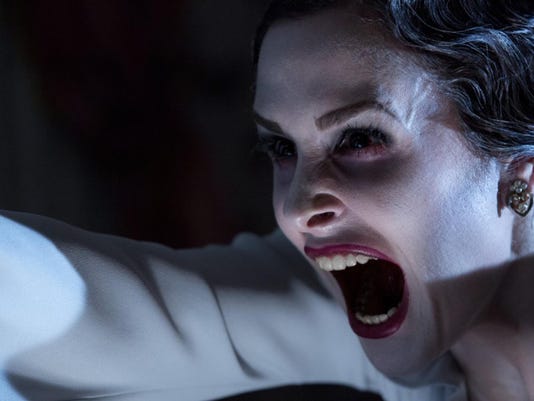 Craven should know. The maestro created three milestones of 1970s, ’80s and ’90s terror — “The Last House on the Left,” “A Nightmare on Elm Street” and “Scream.” In each new decade Craven found contemporary voices to release age-old anxieties, from visceral gore as horrific as the nightly news from Vietnam, to larks that offered bloody fun.

While moviegoers put a nail in the genre’s coffin a few years ago as a marketplace glut of torture-themed thrillers wore out their welcome, reports of horror’s death were greatly exaggerated. A fresh breed of filmmakers is revitalizing the genre with original, creative, idiosyncratic movies that grab and eat you.

Blumhouse Productions is an exemplar of the new horror, with such low-budget chillers as the “Paranormal Activity,” “Insidious” and “Sinister” franchises.

“Horror always goes in phases. It comes and goes like the tide,” said Ryan Turek, director of development for Blumhouse. “Usually the most recognized periods for horror are the periods when they say something about their decade. Now we’re living in a rather stormy climate politically and economically, and that paves the way for some great horror stories.”

The studio’s “Unfriended,” about a haunted computer chat room, and “The Gift,” about a high-school relationship that returns cruelly years later, are both about bullying.

Filmed terror has launched careers from Bela Lugosi and Boris Karloff to Ridley Scott and Kathryn Bigelow. And now, fright has never been so bankable. As film technology rises in capability while falling in cost, it has created a boom time for a new generation of indie creators to bring individualistic works to viewers, whether on a widescreen at home or in the movie house.

We have never traveled to the heart of darkness in so many directions. It’s a development that film lovers of every stripe might applaud.

Despite the promising economics of horror cinema — a genre that doesn’t require large advertising budgets or expensive stars to sell lots of tickets — attempts by the major movie studios have produced lukewarm results.

Myriad horror film reboots have been launched, an endless stream of derivative “Poltergeist,” “Carrie,” “Hostel,” “The Thing” and “Evil Dead” reshoots. Most of those remakes are creatively misguided, failing to recognize what made the original films so terrifying in the first place. They are less shivery than disappointing.

Rather than following Hollywood’s cannibalistic impulse to feed on its own entrails, the young Turks attacking horror’s barricades are armed with original aesthetics and fresh ideas.

Jennifer Kent’s fraught debut “The Babadook” twisted a classic old-dark-house premise into a shocker whose true gold mine was a woman’s ambivalence about being a mother. It reached deep emotional levels of shame, stress and grief that no jump scare from a cat in a closet can provide.

In the impeccable futurist thriller “Ex Machina,” Alex Garland turned a frail romance with a humanoid artificial intelligence into a tense battle between alien, inhuman technology and narcissistic, selfish men.

Finance is a key to this creative boom, said Travis Stevens, a prolific producer of horror and action features.

“The economics of horror are a lot easier over the last six or seven years for young filmmakers to get their shot,” Stevens said. “If you make a movie cheap enough, there is enough audience out there to give investors a chance of getting their money back.”

That advantage allows Stevens to fund little gems like Ted Geoghegan’s “We Are Still Here,” which subtly tiptoes from an homage to old-school phantasms into a hellacious dark-humor horror parody.

Low risk, high reward and a lot of scares.