Movie review: Father and son bond in ‘The Confirmation’

Movie review: Father and son bond in ‘The Confirmation’ 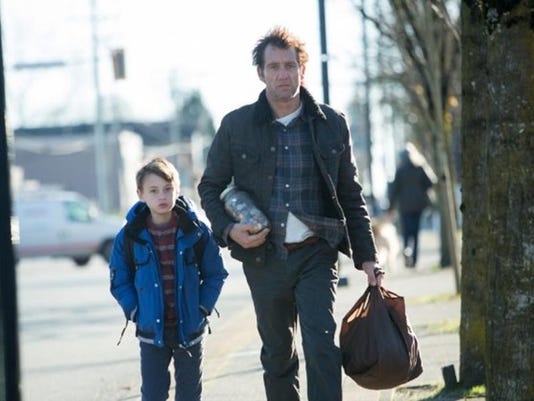 Clive Owen, right, and Jaeden Lieberher in “The Confirmation.”(Photo: Lionsgate)

At the beginning of “The Confirmation” a young boy named Anthony is sent to confess his sins to a priest. Problem is, he can’t think of one sin he’s committed.

Toward the end of the film Anthony (played by rising child star Jaeden Lieberher) returns to the confessional. But this time he’s armed with a litany of offenses so long the priest is dumbfounded.

What a difference a day makes.

“The Confirmation” is the directing debut of screenwriter Bob Nelson, who was nominated for an Oscar for writing 2014’s “Nebraska.” Like that film, this one is filled with idiosyncratic small-town folks just trying to get by through means good and bad.

Chief among those folks is Walt (Clive Owen), Anthony’s alcoholic father. Soon after his first shot at confession, Anthony is sent to spend a day with Walt while Walt’s ex-wife (Maria Bello) goes off on a religious retreat.

It’s not a great day for Walt to spend with his son. His truck is unreliable, he comes home to padlocks on his doors and an eviction notice, and — worst of all — while he’s in a bar trying to hustle up some carpentry work, his tools are stolen from the back of his truck.

Most of the movie is taken up with Walt and Anthony’s quest to retrieve those tools, which leads them into a small-town underworld filled with assorted gun nuts, hustlers, pawn brokers and one very talkative and overly imaginative meth head (Patton Oswalt) who’s sure he can find Walt’s tools.

The quest, of course, is a rich bonding experience for father and son. Anthony sees a bigger world, and Walt at his most vulnerable and Walt realizes Anthony’s resourcefulness and surprising gumption. Nelson ties perhaps too neat of a bow on the proceedings, but there’s no denying the warmth and amiable spirit of “The Confirmation.”

Tom Long is the former film critic for The Detroit News.