Movie review: For animated fun, look beyond ‘The Wild Life’

Animated import from Belgium’s U.S. release is a mystery

Movie review: For animated fun, look beyond ‘The Wild Life’ 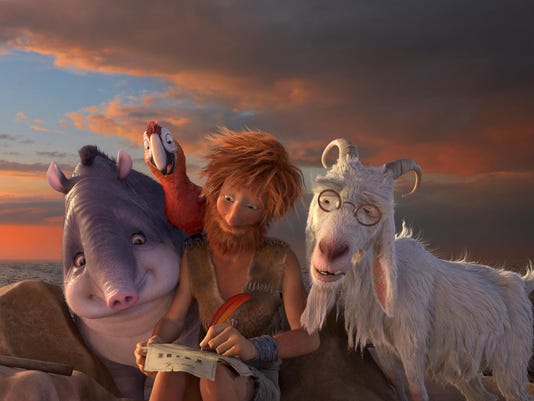 “The Wild Life” is an import from Belgium that should have been left at customs.

This animated retelling of the story of “Robinson Crusoe” (which is what it was called during its overseas release earlier this year) employs shoddy, Saturday morning TV-quality animation and cultural jargon that makes no effort to appeal or relate to American audiences. “You are one kidney short of a meat pie!” one character tells another early on. Yeah, and so is this movie.

Told from the perspective of an idealistic parrot, “The Wild Life” tells the story of a group of animals living in an island paradise, but bored with their lack of day-to-day excitement.

Then one day Crusoe washes ashore, proving there is life beyond the island. But he unknowingly brings with him a pair of cats that aim to wreak havoc on the island.

Watching “The Wild Life” is like being stuck watching foreign TV with no remote control. The humor is unrelatable; perhaps there’s somewhere where the line “you smell like burnt biscuits!” is funny, but it’s not here.

The animal characters aren’t cute or charming, their quest isn’t involving (or even very clear), and Crusoe is a hapless hero. Directors Vincent Kesteloot and Ben Stassen are a long way from Pixar.

There’s not much to take away, other than some crusty dialogue that may have been scripted at a vaudeville tribute to pirate humor. “I’ll be the son of a sea cook,” one character says. You and me both, pal.

Rated PG: for mild action/peril and some rude humor