Steven Soderbergh returns with this late summer surprise, a NASCAR-set heist flick with several tricks up its sleeve 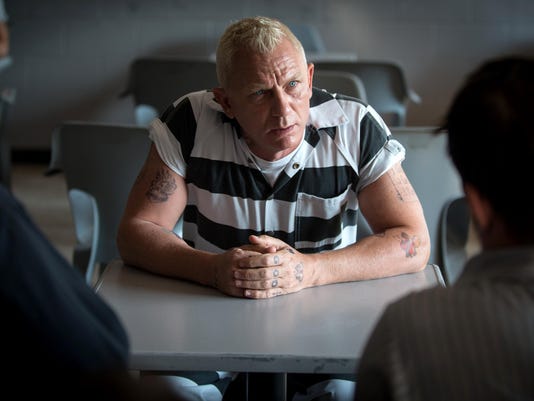 Entertainers seldom stick to their self-imposed retirement announcements. Look at Cher, or Jay-Z, or even Ric Flair. They may say they’re going away, but rarely do they mean it, because retirement proves to be too restless a proposition. Working — nay, entertaining — is in their blood.

So when Steven Soderbergh — an accomplished workhorse who pumped out two dozen movies between 1989 and 2013, ranging from micro-budget indies to Hollywood blockbusters from across the genre spectrum — announced his retirement from filmmaking a few years back, few thought it would stick. And lucky us: Soderbergh is back to his wily ways with “Logan Lucky,” a slick, smarter-than-your-average-bear heist comedy that moves and grooves with all the hallmarks of a Soderbergh caper. He’s back, baby.

“Logan Lucky” centers on the Logan brothers of Boone County, West Virginia, Jimmy (Channing Tatum) and Clyde (Adam Driver). Jimmy is a mine worker with a bum leg, Clyde is a bartender with a missing forearm. Clyde theorizes about the Logan family’s string of bad luck, which Jimmy brushes off as mystic mumbo jumbo. One thing is for sure: after Jimmy loses his job due to fears over rising insurance costs brought on by his pre-existing condition, he needs an influx of cash to help make ends meet. 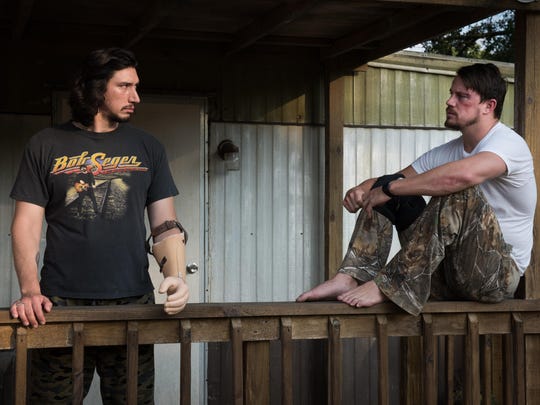 So Jimmy — who has a daughter with his prickly ex- (a shrill Katie Holmes) — sets in motion a plan to rob the NASCAR track where he was working in the tunnels underground. (It’s a Soderbergh movie, how else did you think he was going to get the money?) And that’s where “Logan Lucky” kicks into gear, falling into the kind of fast-paced, on-the-fly rhythms and patterns of Soderberg’s “Oceans” trilogy.

The brothers need help. Chief among their recruits is Joe Bang, an imprisoned explosions expert played by a loose, free-wheeling Daniel Craig sporting a Slim Shady dye job. Craig is usually so stoic on screen — has his James Bond ever smiled? — that you forget that Craig has any sort of charisma behind his perma-scowl, but here he’s having so much fun that he casually makes off with the movie. The “Logan Lucky” ads tease Craig’s involvement with the line “and introducing Daniel Craig,” and though it’s meant as a cheeky joke, it’s not far off from the truth. It’s like we’re seeing him for the first time.

Not everyone fares as well. In what may be the year’s worst performance, Seth McFarlane nearly sidelines the film as a British blowhard named Max Chilblain, who underneath a bad wig, bad mustache and even worse accent comes off as an abandoned Mike Myers character. What he’s doing in this movie is anyone’s guess; you can remove his scenes entirely and not lose a thing.

To a much lesser extent, Hilary Swank is stiff as an FBI agent investigating the heist; she plays her scenes like she picked up all the rigidity that Craig shed for his performance.

The heist itself — an underground job requiring a dual prison breakout and break-back-in — makes up the bulk of the film, and sure it’s implausible and counts on a whole series of impossible coincidences to fall in line, but that’s the fun of it. Few filmmakers deconstruct robberies with the childlike glee of Soderbergh, and here he’s like a child playing with a brand-spanking new train set, laying down the tracks and watching the engine go around and around in circles and calling out “choo! choo!” all the while. His joy and enthusiasm for the material is contagious.

There is a question of whether he’s pandering to Red State audiences with his NASCAR revelry, but the Southern-born Soderbergh — he’s originally from Atlanta and was raised in Charlottesville and Baton Rouge — is simply returning to his roots. He can call this movie a “hillbilly heist” (or “Oceans 7-11,” as a newscaster in the film memorably dubs the central holdup) if that’s what he wants.

“Logan Lucky” is a late-summer treat with a few surprises up its sleeve, and it finds Soderbergh picking up right where he left off. Welcome back to the party, pal.

Rated PG-13 for language and some crude comments