Come for the interpretive dancing in ‘7 Days in Entebbe,’ skip the rest of this retelling of the 1976 hostage crisis

Come for the interpretive dancing in ‘7 Days in Entebbe,’ skip the rest of this retelling of the 1976 hostage crisis 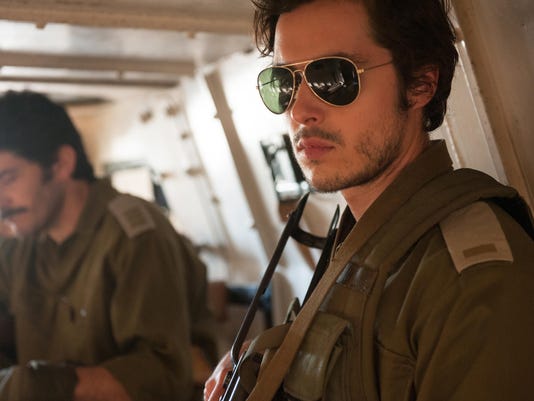 A group of pro-Palestine German militants (including Daniel Brühl’s Wilfried Böse and Rosamund Pike’s Brigitte Kuhlmann) hijack a Paris-bound flight and ground it in Uganda’s Entebbe Airport. Thus begins a terse, weeklong standoff, which in this film’s telling, feels every bit of those seven days.

Elsewhere, government officials argue about how to handle the situation. There’s a lot of waiting, and a lot of hesitation. Eventually, the Israeli government sends in a team to free the hostages, a daring mission that is the stuff of real-life action movie heroism. Yet here it feels perfunctory, and can’t measure up to that riveting dance number, which is revisited several times throughout the story.

Operation Entebbe, also known as Operation Thunderbolt, has been dramatized in the past, in several TV movies (1976’s “Victory at Entebbe,” 1977’s “Raid on Entebbe”) and a handful of documentaries. The drama of the situation, coupled with the ongoing conflict between Israel and Palestine, makes it an evergreen story. But director José Padilha (2014’s “Robocop” reboot) lacks urgency, and this feels no more riveting than watching people watch one of the previous tellings of the story.

Except for the dance sequences, that is. In a half circle, dancers rise from their seats in rapid fire sequential order, one falling to the ground in anguish. The pattern repeats, the pace quickening, the violence of the dance intensifying. There’s a sense of unease in the air, a palpable feeling of dread. It’s the same feeling that’s missing from the rest of the movie.