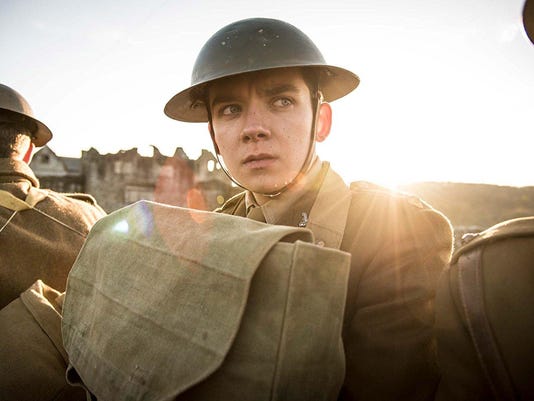 Two soldiers sit inside a murky trench, going over the details of an attack that’s just minutes away.

Osborne (Paul Bettany) lays out the particulars to young cadet Raleigh (“Hugo’s” Asa Butterfield), then tells him, with six minutes until go-time, to clear his mind of the mission at hand.

“I don’t think I can,” a nervous Raleigh tells him. “Well, you must,” replies Osborne, quickly changing the conversation. “Is your coffee sweet enough?”

It’s these quiet, personal moments in the face of insurmountable fear where “Journey’s End” — the latest filmed adaptation of R.C. Sherriff’s 1928 play — excels. But those moments are often lost in director Saul Dibb’s telling, which favors chaos and clutter at the expense of storytelling.

“Journey’s End” focuses on a group of British soldiers holed up inside the trenches in northern France during World War I, just days away from Germany’s launch of the Spring Offensive. It’s bleak for the Brits, and they know most of them won’t be going home. “Journey’s End” isn’t so much a war movie as it is a war tale, telling the stories of a group of soldiers through their conversations with one another and the exposing of their vulnerabilities rather than through on-the-battlefield combat. Those looking for wartime action should look elsewhere.

“Journey’s End” takes you inside the muddy, dimly lit dugouts where many soldiers take their final breaths. But its cerebral message boils down to a “war is hell” theme, a sentiment that’s been conveyed more effectively in countless other works. It’s a journey that mostly retraces steps.

Rated R for some language and war images