As a stand-up comic with serious issues, Mary Elizabeth Winstead is a house on fire in Eva Vives' powerful debut

As a stand-up comic with serious issues, Mary Elizabeth Winstead is a house on fire in Eva Vives' powerful debut 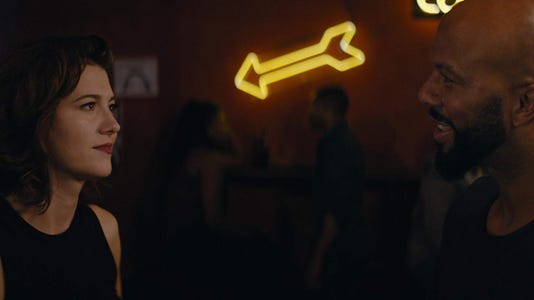 Mary Elizabeth Winstead and Common in "All About Nina."(Photo: The Orchard)

Mary Elizabeth Winstead gives one of the year's most complex, layered, scintillating performances in "All About Nina," the story of a self-destructive stand-up comedian at war with herself and the world.

Winstead is Nina, whose frank, on-stage brashness is just one of the layers of defense she's built up to deal with life. She talks tough about men and getting what she wants, but in the real world finds herself in a trashy relationship with an abusive boyfriend (Chace Crawford) who's married to another woman.

Nina leaves New York and heads to L.A., chasing her dream of landing a big-time gig called "Comedy Prime." The new location doesn't solve any of her old problems, and the noxious cocktail of her trust issues, self-doubt and the inherent sexism she faces find her hitting walls.

At a comedy club one night, she meets Rafe (Common), a gentleman who may be the first truly decent man she's ever come across. He's patient, kind and lights up her switchboard to boot (Common is almost too smooth in the role), so naturally she finds a way to tank things before they go too far.

"All About Nina" marks a brave, bold writing and directing debut for Eva Vives, who isn't afraid to make Nina a deeply flawed and contradictory ball of issues. Winstead dives into the deep end with her performance, not only perfecting the style and mannerisms of a stand-up comic, but also the insecurities and false confidence that come with the field.

"All About Nina" builds to a climactic scene where Nina unloads all of her baggage on an unsuspecting audience, a mic-drop moment that colors everything that came before it and resonates especially heavily within the context of today's #MeToo movement. Nina lays everything on the line, and in telling her story, Vives does too.

Rated R for strong sexual content and language throughout, some nudity and brief drug use