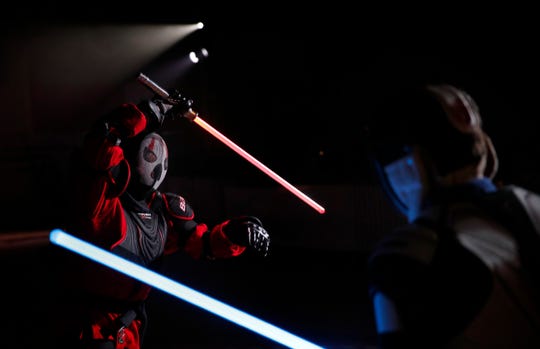 Beaumont-Sur-Oise, France – Master Yoda, dust off his French, he must.

It’s now easier than ever in France to act out “Star Wars” fantasies, because its fencing federation has borrowed from a galaxy far, far away and officially recognized lightsaber dueling as a competitive sport, granting the iconic weapon from George Lucas’ saga the same status as the foil, epee and sabre, the traditional blades used at the Olympics.

Of course, the LED-lit, rigid polycarbonate lightsaber replicas can’t slice a Sith lord in half. But they look and, with the more expensive sabers equipped with a chip in their hilt that emits a throaty electric rumble, even sound remarkably like the silver screen blades that Yoda and other characters wield in the blockbuster movies .

Plenty realistic, at least, for duelists to work up an impressive sweat slashing, feinting and stabbing in organized, 3-minute bouts. The physicality of lightsaber combat is part of why the French Fencing Federation threw its support behind the sport and is now equipping fencing clubs with lightsabers and training would-be lightsaber instructors. Like virtuous Jedi knights, the French federation sees itself as combatting a Dark Side: The sedentary habits of 21st-century life that are sickening ever-growing numbers of adults and kids . 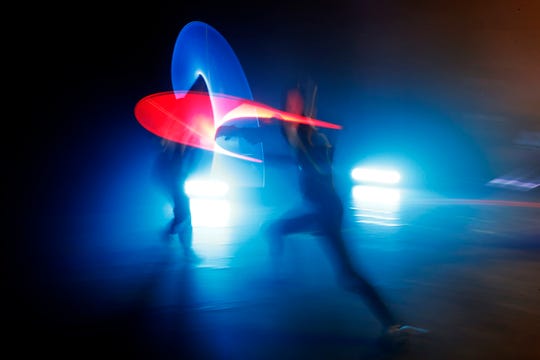 “With young people today, it’s a real public health issue. They don’t do any sport and only exercise with their thumbs,” says Serge Aubailly, the federation secretary general. “It’s becoming difficult to (persuade them to) do a sport that has no connection with getting out of the sofa and playing with one’s thumbs. That is why we are trying to create a bond between our discipline and modern technologies, so participating in a sport feels natural.”

In the past, the likes of Zorro, Robin Hood and The Three Musketeers helped lure new practitioners to fencing. Now, joining and even supplanting them are Luke Skywalker , Obi-Wan Kenobi and Darth Vader. 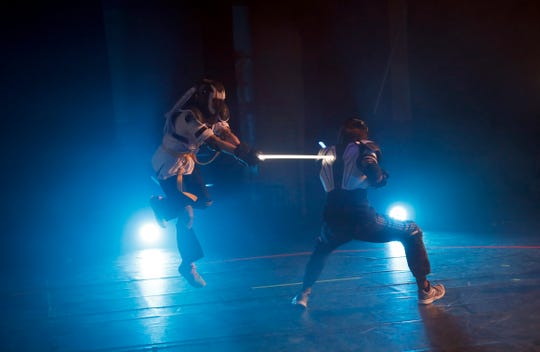 “Cape and sword movies have always had a big impact on our federation and its growth,” Aubailly says. “Lightsaber films have the same impact . Young people want to give it a try.”

And the young at heart.

Police officer Philippe Bondi, 49, practiced fencing for 20 years before switching to lightsaber. When a club started offering classes in Metz, the town in eastern France where he is stationed for the gendarmerie, Bondi says he was immediately drawn by the prospect of living out the love he’s had for the Star Wars universe since he saw the first film at age 7, on its release in 1977 . 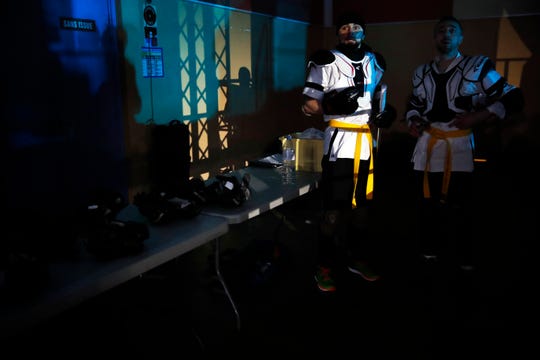 He fights in the same wire-mesh face mask he used for fencing. He spent about 350 euros ($400) on his protective body armor (sturdy gloves, chest, shoulder and shin pads) and on his federation-approved lightsaber, opting for luminous green “because it’s the Jedi colors, and Yoda is my master.”

“I had to be on the good side, given that my job is upholding the law,” he said.

Bondi awoke well before dawn to make the four-hour drive from Metz to a national lightsaber tournament outside Paris this month that drew 34 competitors. It showcased how far the sport has come in a couple of years but also that it’s still light years from becoming mainstream. 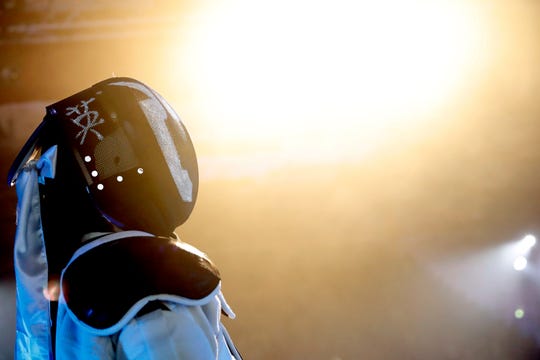 In this Sunday, Feb. 10, 2019, photo, a competitor prepares for his combat during a national lightsaber tournament in Beaumont-sur-Oise, north of Paris. (AP Photo/Christophe Ena) (Photo: Christophe Ena, AP)

The crowd was small and a technical glitch prevented the duelers’ photos, combat names and scores from being displayed on a big screen, making bouts tough to follow. But the illuminated swooshes of colored blades looked spectacular in the darkened hall. Fan cosplay as Star Wars characters added levity, authenticity and a tickle of bizarre to the proceedings, especially the incongruous sight of Darth Vader buying a ham sandwich and a bag of potato chips at the cafeteria during a break.

In building their sport from the ground up, French organizers produced competition rules intended to make lightsaber dueling both competitive and easy on the eyes. 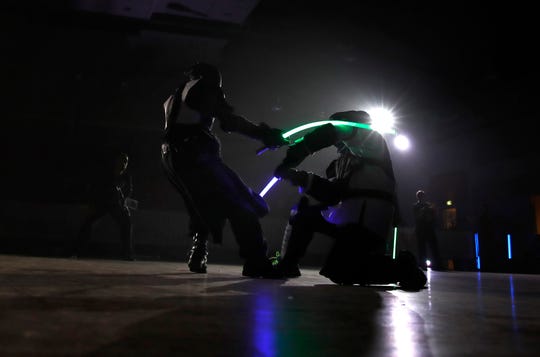 Combatants fight inside a circle marked in tape on the floor. Strikes to the head or body are worth 5 points; to the arms or legs, 3 points; on hands, 1 point. The first to 15 points wins or, if they don’t get there quickly, the high scorer after 3 minutes. If both fighters reach 10 points, the bout enters “sudden death,” where the first to land a head- or body-blow wins, a rule to encourage enterprising fighters.

Blows only count if the fighters first point the tip of their saber behind them. That rule prevents the viper-like, tip-first quick forward strikes seen in fencing. Instead, the rule encourages swishier blows that are easier for audiences to see and enjoy, and which are more evocative of the duels in Star Wars. Of those, the battle between Obi-Wan and Darth Maul in “The Phantom Menace” that ends badly for the Sith despite his double-bladed lightsaber is particularly appreciated by aficionados for its swordplay. 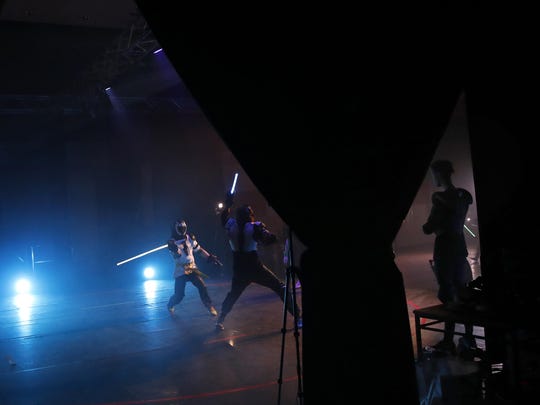 A man watches competitors as they battle during a national lightsaber tournament in Beaumont-sur-Oise, north of Paris. " (Photo: Christophe Ena / AP)

Still nascent, counting its paid-up practitioners in France in the hundreds, not thousands, lightsaber dueling has no hope of a place in the Paris Olympics in 2024.

But to hear the thwack of blades and see them cut shapes through the air is to want to give the sport a try.