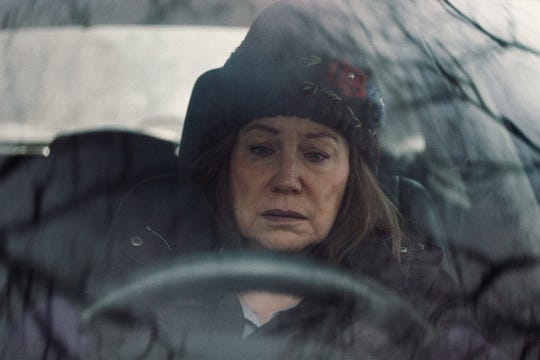 Everyone's getting older. You visit friends in the hospital, and each visit might be your last. Life goes on. Chores mount up in your head. You make a list. Regret from past decisions lingers in your mind. You live another day and do it all over again.

"Diane" takes on the routine of day-to-day life with a focus that feels surgical. Writer-director Kent Jones is a documentarian by trade and it shows in his first narrative feature, which unfolds with a clarity that never feels less than real.

Mary Kay Place is irreplaceable as Diane, a New England woman who splits her time volunteering at a homeless shelter, visiting with her friend Bobbie (Andrea Martin) at the local Country Buffet and trying to save her son Brian (Jake Lacy), who's deep in the throes of drug addiction.

Meanwhile, her cousin Donna (Deirdre O'Connell) is in the hospital fighting cancer and is getting worse by the day. Diane juggles all these things — Jones depicts the time passing during her drive time from one place to another with an all-too-recognizable monotony — because that is what we all do.

Until it's not anymore. "Diane" packs a subtle wallop that sneaks up on you from behind. Jones stages a terrific scene where Diane blows up at her son, who is trying to push religion on her, that boils over the way forced politeness does when it reaches its limit. Lacy is excellent, and Place deserves to be in the Oscar conversation. At 71, she has the role of a lifetime.

"Diane" is a sharp, attuned, quiet stunner that underplays at every turn. It's not about the big moments, it's about all the little ones in between. That is life, and that is "Diane."

Not rated: language, drug use