Anthology film cobbles together seven stories, none of them particularly memorable

Anthology film cobbles together seven stories, none of them particularly memorable 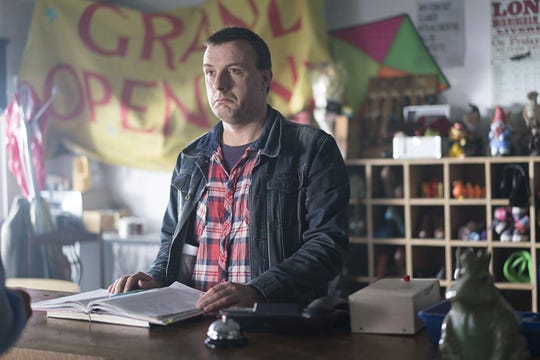 An anthology film "inspired by true stories," "Lost & Found" is so slight it's barely there.

Writer-director-star Liam O Mochain fashions his story of life in and around an Irish train station like he's telling stories he overheard at the pub.

But it's often like he forgot the ending, or what made the story interesting in the first place, and before he finishes he trails off and starts telling the next one.

Which is not to say "Lost & Found" is without its charms. O Mochain cobbled "Lost & Found" together over a period of several years. He has a gift for bringing out the humble humanity in his characters. But you worry that if a minor gust of wind comes along, there might not be enough to hold this thing together.

"Lost & Found" opens in -- what else? -- the lost and found department of the train station. It's Daniel's (O Mochain) first day on the job, and he's learning the ropes. People come in, drop stuff off, pick stuff up, and it's his job to log the activity. Simple enough. People come in for briefcases, jewelry, items of clothing. But what happens when someone leaves a baby in the lost and found?

The joke is so subtle it's barely there. Next up is "Ticket to Somewhere," the story of a beggar who can't quite keep his story straight from one stranger to the next. And so on.

Of these very minor slices of Irish life, "Grand Opening" is the best, which tells the story of a bar owner who keeps switching themes to no avail. The only time he can draw a crowd to his bar is at his own funeral, which he's horrified, from the afterlife, to learn is an open bar. It's a slight chuckle. If you're looking for more, check somewhere other than "Lost & Found."