Review: 'Ophelia' a spin on Shakespeare

Review: 'Ophelia' a spin on Shakespeare 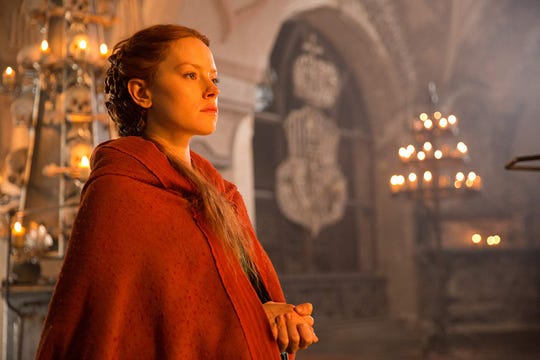 Any project that even hints at a comparison with any works of William Shakespeare is a major gamble. It can pay off, as in the case of the Oscar-winning “Shakespeare in Love,” or end up as lifeless as poor Yorick, as demonstrated in the quite forgettable “Tromeo and Juliet.”

Director Claire McCarthy (“The Waiting City”) and writer Semi Chellas (“Mad Men”) were willing to take the gamble with “Ophelia.” This intriguing tale of love and loss looks at “Hamlet” from Ophelia’s point of view and is based on Lisa M. Klein’s 2007 young adult novel of the same name. Both the book and film feature all the elements the Bard presented in “Hamlet” in regards to Ophelia’s place in Hamlet’s tragic world, but all the missing moments between those written by Shakespeare have been filled in to tell a more complete tale.

Although born in poverty, Ophelia (Daisy Ridley) finds herself a lady-in-waiting to Queen Gertrude (Naomi Watts). Ophelia is different from the others who do the queen’s bidding because she’s less interested in the details of needlework and more determined to do anything she can to educate herself. This presentation of Ophelia as a more modern-thinking woman is a major adjustment.

Ophelia’s attention gets split when she finds herself drawn to the often brooding Hamlet (George McKay). The love affair is at the emotional heart of this film.

The script allows Ophelia to become more of a master of her own destiny, even to the point of taking the character far past where the Bard intended for her life to end. The strength Ophelia shows works because of a first-rate performance by Ridley. She has no problem playing the star-crossed lover as well as a woman who prefers to be more than just a fatal victim of her heart. Ridley plays the role with just the right amount of determination. 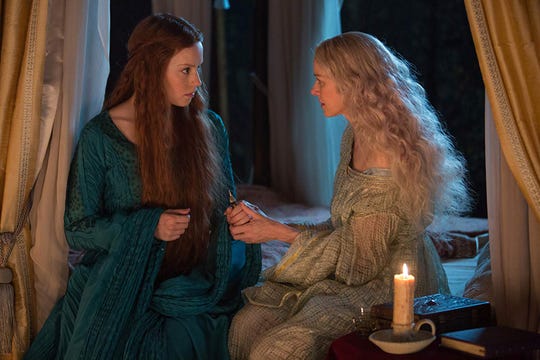 Ridley is at her best in scenes with Watts, as both their characters are strong but must deal with romantic blindness. The film also takes some liberties with Gertrude’s story, adding a level that fits a modern telling.

McCarthy’s cinematic vision is one that shows an appreciation for “Hamlet” from how it was originally written as a stage production to the way others have presented their view of “Hamlet” through other forms. McCarthy has created a world that at times feels as intimate as any stage production and at other points takes on a grandeur accented with enough reminders to keep the film anchored in a safe literary harbor. One of the most stunning moments comes when the director gives a nod to the familiar 1851 painting “Ophelia” by John Everett Millais. Chellas brought a proper perspective to adapting the book that shows glimpses into her time working on television projects such as “The Romanoffs” and “Mad Men.”

Purists will cringe at the suggestion Shakespeare’s greatest work has been turned into a launching pad for a different take, but that’s much ado about nothing. The key is not to think the production in no way diminishes “Hamlet” but is a beautifully crafted companion story. “Ophelia” provides a fascinating expansion on Shakespeare’s greatest work with great respect that proves to be deeply entertaining on its own, plus acts as a catalyst for wanting to know more about the original work.