Big Sean is celebrating Black Friday by taking Detroit to the movies.

The "Bounce Back" rapper is buying out a theater showing "Queen & Slim" at Emagine Royal Oak on Friday. Tickets to the theater's 7 p.m. showing of the new film are on Sean, and will be distributed at the box office, limit two per person, beginning at 1 p.m. Friday. 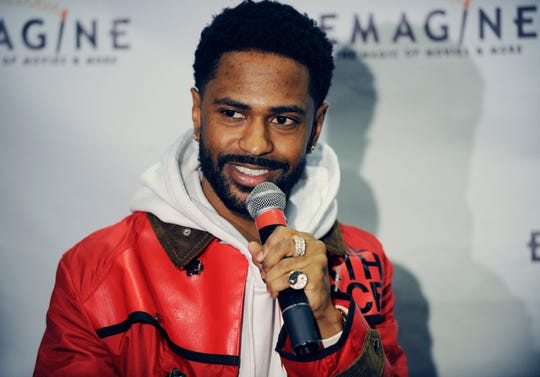 In a tweet announcing the buyout, Sean used three fire emojis to praise the film and congratulated writer and producer Lena Waithe.

This movie so 🔥🔥🔥! N for BLACK Friday we supporting This amazing film Queen n Slim. Free movie on me! If u in Detroit FRIDAY enjoy! Giving away tickets at Royal Oak Emagine 1:00pm full details on da flyer! Congrats to @LenaWaithe and keep up the incredible work! ✊🏾 pic.twitter.com/jIjnGWGWmX

"Queen and Slim" stars Daniel Kaluuya and Jodie Turner-Smith as a couple on the run from the law.

In our review of the film, The News called it "a stunner of a debut feature from director Melina Matsoukas and a worthy successor to lovers-on-the-run tales such as 'Bonnie and Clyde' and 'True Romance.'"

Last year, Big Sean announced plans to partner with Emagine Theaters to open the Sean Anderson Theatre, a 10-12 screen multiplex in the city of Detroit, in 2020.