Wilde’s image was part of the original “Richard Jewell” movie poster; it’s not visible in the current image posted on the film’s official site

Atlanta – Olivia Wilde says she did “an extraordinary amount of research” before playing Kathy Scruggs in the movie “Richard Jewell” amid debate over how the late Scruggs is portrayed.

“I spoke to her colleagues, her friends, I spoke to the authors of the recent book about the event, (’The Suspect’), I spoke to (screenwriter) Billy Ray, I spoke to (Vanity Fair reporter) Marie Brenner, I spoke to everybody I could to get a sense of who this woman was,” Wilde told Deadline. 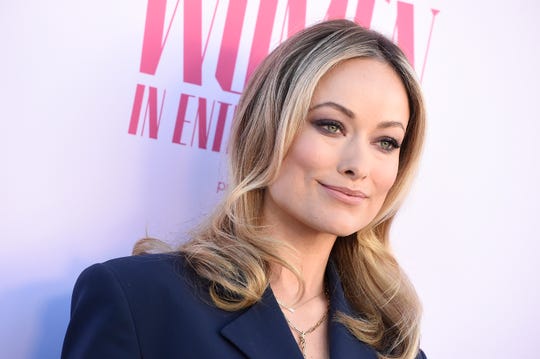 That’s news to those who knew Scruggs best.

“I am Kathy Scruggs’ brother and only remaining member of our immediate family. I find it interesting that during Ms. Wilde’s extensive research of Kathy, she did not bother to contact me or any of Kathy’s very close friends,” Lewis Scruggs Jr. posted in response to a Variety article about Wilde’s performance.

Wilde’s image was part of the original “Richard Jewell” movie poster; it’s not visible in the current image posted on the film’s official site.

Lewis Scruggs and several of his sister’s close friends and former colleagues shared their thoughts in “The Ballad of Kathy Scruggs,” a recent AJC piece about the journalist who died in 2001.

“The world needs to know she was as good a journalist as the world has ever seen,” he said.

Tony Kiss worked with Scruggs at two other papers and remained a close friend. He did not hear from Wilde or anyone else from the movie. Neither did longtime friend Susan Parke, even though she said she offered to help.

“I gave my number to the writers,” Parke said. “I’m boycotting the movie and urging others to do so. I’m disgusted and I don’t think (Wilde) contacted anyone that was close to Kathy.”

Scruggs was the Atlanta Journal-Constitution reporter who first reported, accurately, that investigators were focusing on Jewell days after the 1996 Centennial Olympic Park bombing. He was cleared after about three months; confessed serial bomber Eric Robert Rudolph is serving multiple life sentences.

The AJC was among the media outlets sued after Jewell was exonerated, and the only one that didn’t settle.

Litigation naming the AJC was dismissed in 2011, when the Georgia Court of Appeals concluded “the articles in their entirety were substantially true at the time they were published,” but Scruggs didn’t live to see her name cleared. Stress over the case contributed to her failing health, friends believe. She died in 2001, just shy of her 43rd birthday.

An injury early in Scruggs’ career left her with chronic back pain. Later, she suffered from Crohn’s disease, depression, anxiety and other issues. She had been on medical leave from the AJC for about the last year of her life.

“Her work was about her only anchor. Once she lost that she was rudderless, she was lost at sea,” said Joey Ledford, one of her editors. “She was tenacious, she was incredibly good at building sources. I worked with a lot of good cops reporters over the years. Kathy Scruggs was the best.”

Hollywood’s version of Scruggs propositions an FBI agent, offering to trade romantic favors for information. Those who knew and worked with her bristle at the depiction.

Lifelong friend Lisa Griffin, who grew up next door to Scruggs in Athens (and also didn’t hear from anyone associated with the movie) appreciates those defending Scruggs in pieces like Jezebel’s frankly worded post titled “What the Hell is Olivia Wilde Talking About?”

“I know what it would mean to my friend to know there are others that understand and walk by their ethical principles,” she said.

Wilde says she came to greatly admire Scruggs and resents backlash over how she is rendered in the movie.

“I don’t hear anyone complaining about Jon Hamm’s character,” she told Deadline. “If there’s anything slightly questionable about a female character, we often use that in relation to condemn that character or to condemn the project for allowing for a woman to be impure in a way. It’s a misunderstanding of feminism to assume that all women have to be sexless. I resent the character being minimized to that point.”

Hamm plays the FBI agent Scruggs tries to seduce in the movie. Unlike Scruggs, though, the agent is a fictional character.

To be clear, the real-life Scruggs was a colorful character known for her salty language, head-turning outfits and occasional antics. Still, those who knew her object to the insinuation she relied on illicit liaisons with sources to do her job.

“When she went after a story she did what was necessary to get the story, within legal and ethical bounds,” said AJC retiree Ron Martz, who was Scruggs’ reporting partner on much of the bombing coverage.

He is portrayed by name in “Richard Jewell” by actor David Shae, but no one from the production ever got in touch.

“If they had actually contacted me it might have ruined their idea of what they wanted the story to be,” Martz said. “It’s obvious to me they did not go to any great lengths to find out what the real characters were like.”