Review: A lovely look back at a life in film in 'Varda by Agnès'

Review: A lovely look back at a life in film in 'Varda by Agnès'

French filmmaker Agnès Varda died last year at the age of 90, but she left behind a gift for film fans to study and absorb for years to come.

"Varda by Agnès" is not only Varda's career retrospective, it's her life retrospective, as the filmmaker shares the tales and the inspirations behind her life's work. In it, she visits the sites of her past films, reunites with old subjects and relives the glories of a life spent making films, loving films and being enraptured by the endless possibilities of films. 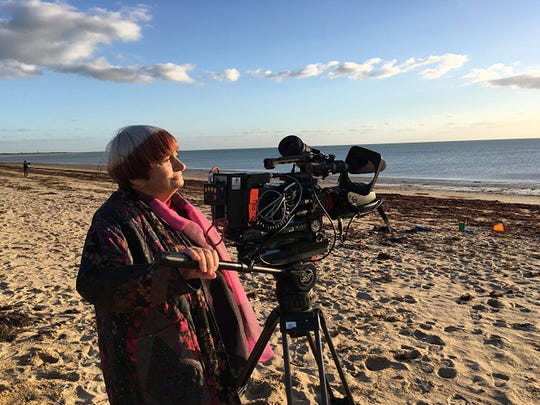 "Varda by Agnès" begins as a discussion, with Varda speaking to audiences about her work, her travels and her loves. The key, she says, to her art: inspiration, creation and sharing.

She then hops around her 60-plus year filmography, telling the stories behind her films such as "Cléo from 5 to 7," "Mur Murs," "The Beaches of Agnès" and 2017's Oscar-nominated "Faces Places." Those films sometimes mixed elements of narrative and documentary in a style she called "Utopian Fiction," and it's a joy to hear her discuss her creative process with the warmth of an old friend you're meeting up with for tea.

Like 2015's "De Palma," in which master filmmaker Brian De Palma discussed his extensive filmography with directors Noah Baumbach and Jake Paltrow, "Varda by Agnès" provides an essential look inside the creative mind. It's not often that filmmakers reveal themselves so openly while looking back over their careers, and it's a treat when they do.

Discussing the personal meaning of her work, Varda says, "I enjoyed setting up an enigma for which only I knew the secret." Thanks to "Varda by Agnès," that secret can now be passed on to others.

At the Detroit Film Theatre