Documentary looks at lifestyle's past, present and uncertain future

Documentary looks at lifestyle's past, present and uncertain future

They're the corner dwellers and esoteric characters who exist in a dwindling subculture that soon may be lost to time, and they're just as rare a breed as what they collect.

They're "The Booksellers," and they're the stars of D.W. Young's loving look at the world of antiquarian book sellers and the rich history of collecting rare books through time. 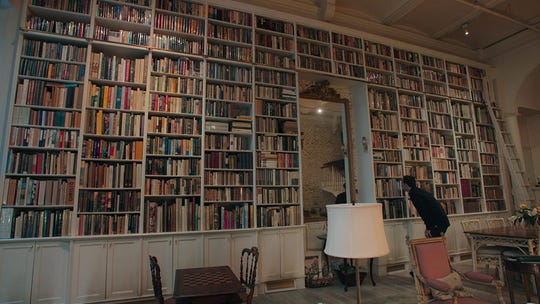 An image from "The Booksellers." (Photo: Greenwich Entertainment)

For these connoisseurs of copy, it's all about the thrill of the hunt, of finding rare editions of classic works to hold on to and appreciate and show off to others. As one of the subjects in the film says, "you don't spend $25,000 on a first edition of 'Moby Dick' because you want to read Melville. It's the object."

Director Young takes viewers inside the trade, introducing the world and its inhabitants by visiting a rare book show on New York's Upper East Side.

It's there where we meet the personalities who have kept the "scavenger hunt," as it's described, afloat even after the internet in many ways ruined the pursuit of rare books, since online, any edition of anything is only a few clicks away.

It used to be they'd dig through boxes of books at estate sales or in the dark corners of dusty book stores to find that one rare copy, that was maybe signed by the author, and depending on whom it was signed to would either increase or cut its value. And it can be big business; Bill Gates once paid $30.8 million for a rare manuscript by Leonardo Da Vinci.

"The Booksellers" looks at where the trade has been, the psychology of why it has survived generations and how it can move forward. It's as warm and inviting as a good book.

Not rated: nothing objectionable