Music industry drama doesn't rise to occasion, though Cube is worth a look

Music industry drama doesn't rise to occasion, though Cube is worth a look

There's a compelling movie inside "The High Note," but it's not the story that takes center stage. This music world drama gets caught with its head in the stars when all it has to do is open up its eyes — and its ears. 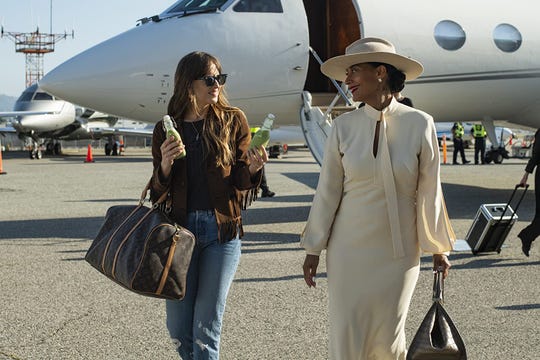 Grace is played by Tracee Ellis Ross who, as the daughter of Diana Ross, knows a thing or two about superstar divas. Grace is at the point in her career when she's still selling out Madison Square Garden but she's becoming increasingly reliant on her old hits, as her stubborn manager Jack (Ice Cube in an excellent character turn) wants her to stick to what works so the money keeps rolling in. Grace doesn't want to become an oldies act but is hesitant to rock the boat, and chooses to stay the course.

Ah but this is not Grace's story, it's Maggie's, and that's where the problem lies.

As the focus shifts to Maggie and her quest to become a music producer, the script by Flora Greeson sets her up with budding musician David Cliff (Kelvin Harrison Jr.) whom she thinks she can mold into a True Artist.

Maggie tries to juggle her career and her side hustle, which puts her at odds with Grace. And then there's the small matter of her budding love affair with David. Oh, how will she ever manage?

If only that was the most interesting question being posed in "The High Note." Grace is the film's most interesting character, and Ice Cube's stern manager character is a close second. So why does this become Maggie's story?

Grace is struggling with realities in the music industry and the way it treats women past the age of 40. It's a topic worth diving into, but "The High Note" only pays it lip service. The film does wisely note the lack of female producers in the music industry, but doesn't do the issue any favors by romantically pairing Maggie with the artist she's producing. It winds up doing more damage than good.

There's a bit of a "Devil Wears Prada" dynamic going on between Grace and Maggie (Ice Cube is like the Stanley Tucci character), but Meryl Streep's role in "Devil" was better defined. Grace is demanding yet benevolent, stern but needy, and it's tough to get a handle on who she is as a person or exactly what point she's at in her career. She's not Mariah Carey, because Mariah's still putting out and touring behind new albums. So is she a version of Diana Ross?

Greeson's script is very music-literate, with references to the Beach Boys, Al Green, Stevie Nicks, Bruce Springsteen and more that go beyond surface-level musings. But it eventually turns episodic, and falls into familiar genre trappings. (A late-film twist is a true eye-roller.) 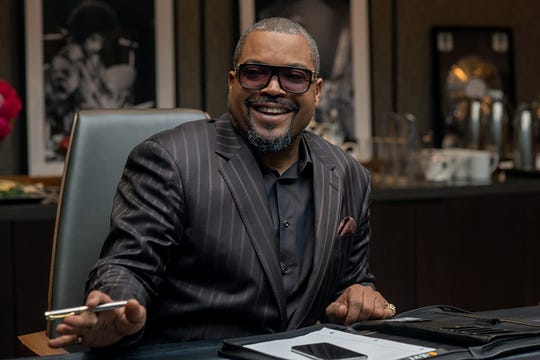 Cube, though, does such good work in a small role that he practically reinvents himself, and hopefully his turn here hints at a second act in his screen career. He has such a magnetic presence — especially in a scene were he lays into Maggie for blowing a session with a self-absorbed producer (played by Diplo) — that the movie feels deflated when he disappears for most of its latter two-thirds.

It's a bummer. "The High Note" has a chance to tell an original story about the inner-workings of the music business. Instead, it's satisfied playing the greatest hits.

Rated PG-13: for some strong language, and suggestive references