There isn't an Academy Award for ensemble acting, but 'Mass' makes a good case there should be.

The aftermath of a school shooting is dissected in the haunting, raw and emotionally wrenching "Mass," a difficult but dynamic ensemble piece for its four actors. 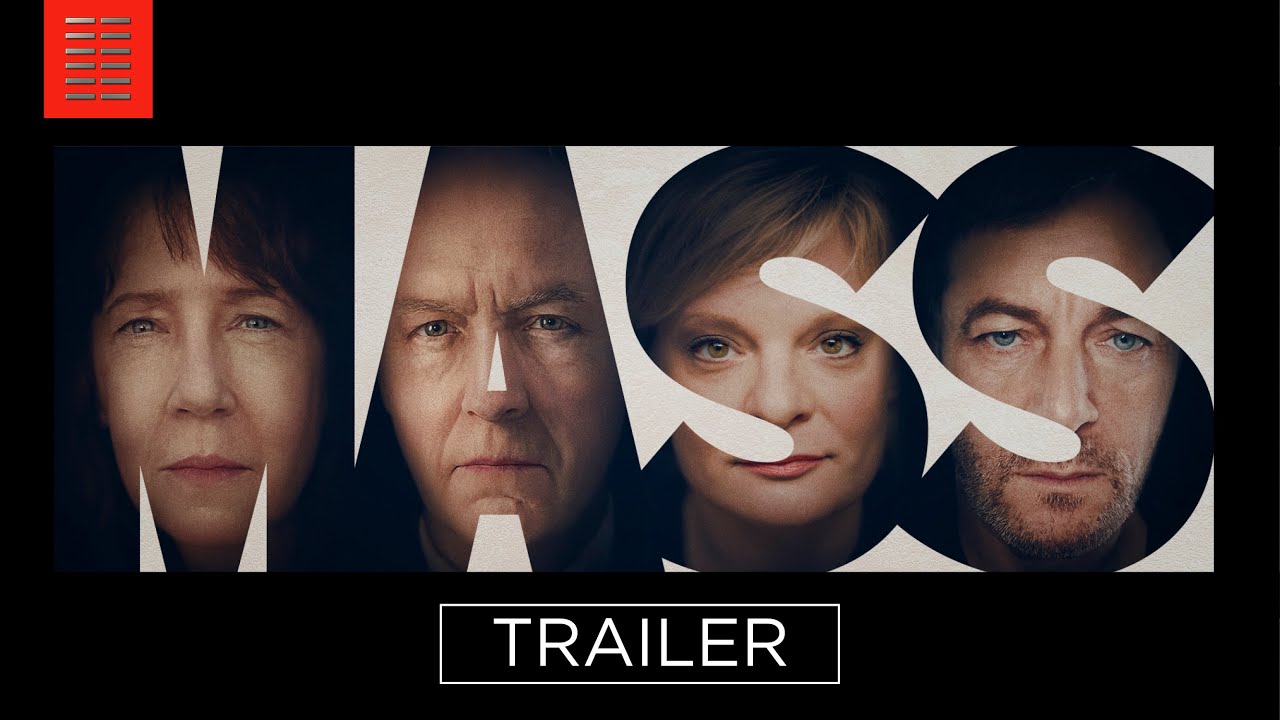 In his writing and directing debut, actor Fran Kranz ("The Cabin in the Woods") approaches a sensitive topic with grace and humanity, shining light on a private ritual that has likely played out behind closed doors far too many times during the past two decades.

Two couples meet inside a drab, nondescript room inside a church that has been meticulously set up by a third party to be as bland as possible. Everything is thought through, even the placement of a box of Kleenex, to be plainly, utterly neutral.

Polite but reserved, the pairs exchange pleasantries. Jay (Jason Issacs) and Gail (Martha Plimpton) are slightly on the offensive while Richard (Reed Birney) and Linda (Ann Dowd) are slightly more defensive, but it's clear all are hurting. We soon learn why: Richard and Linda's son murdered Jay and Gail's son in a school shooting, and then turned the gun on himself, taking his own life.

It's the first face-to-face meeting between the two parties, and tensions quickly mount as Jay and Gail seek answers. What did the other couple know about their son? When did they know it? And could they have done anything to prevent what ended up happening?

Richard and Linda know there were warning signs, and they live in eternal regret that they didn't act on them sooner. Could this pain have been stopped? Was their son really a monster? How can they possibly go on with their lives?

There are no easy answers in "Mass," just as there are no easy answers to this ongoing problem. It's not a political issue, although it often gets turned into one. It's a human issue, and it's about picking up the pieces and moving forward when the answers you seek will never be found. The real question: How do you become whole again after having your life ripped apart?

Kranz lets the four actors go at it and it's a true team effort, as Isaacs, Plimpton, Birney and Dowd make a strong argument for an Academy-recognized award for ensemble acting. (Bigger stars would have overwhelmed the quiet intimacy of the production.) Kranz and his players explore issues of anger, regret and grief before eventually finding forgiveness and acceptance, and that it all comes organically and feels truthful is a testament to the actors' performances and Kranz' writing. He's able to find closure on a subject that, for America, remains an open wound.