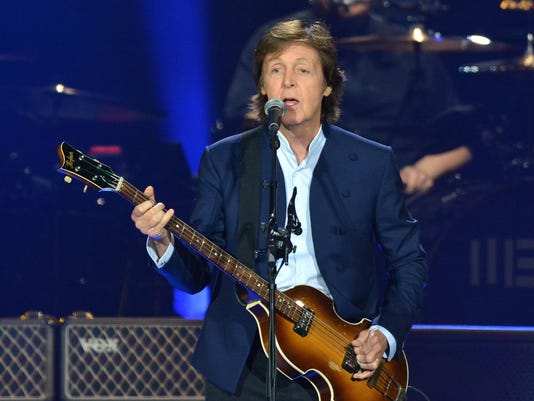 Tickets for the show — McCartney’s first Detroit concert since his July 2011 date at Comerica Park — go on sale at 10 a.m. Aug. 31 through LiveNation.com, Ticketmaster.com, OlympiaEntertainment.com and the Joe Louis and Fox Theatre box offices. Tickets can also be charged by phone at (800) 745-3000.

The date is part of McCartney’s Out There tour, and joins Monday’s announcements of concerts in Columbus (Oct. 13) and Toronto (Oct. 17).

The concert will mark the first-ever show at Joe Louis Arena for the ex-Beatle, who turned 73 in June.

Aside from 2011’s concert at the Tigers’ home, McCartney has played shows at the Palace of Auburn Hills (two shows in October 2005, a one-off in May 2002 and two concerts in February 1990), the Pontiac Silverdome (a single date in June 1993) and at Olympia Stadium (back-to-back concerts in May 1976).

The Beatles played Olympia Stadium in September 1964 and August 1966.