Stevie Wonder brought his “Songs in the Key of Life” tour back to Detroit Saturday night, and five or songs into the set at Joe Louis Arena, as promised, he put the focus on his backup singers. 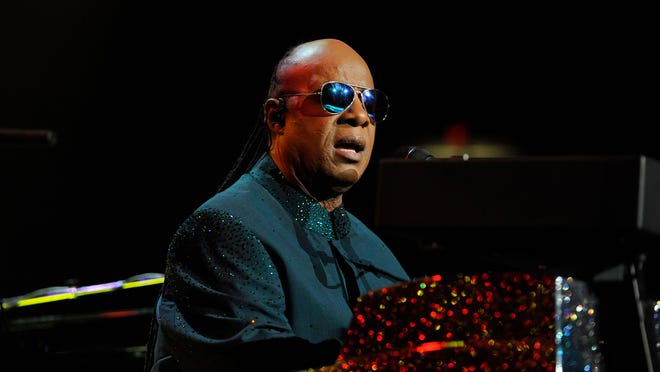 It was a special treat for R&B fans, as Wonder introduced his longtime backup singer, Detroit’s Keith John. The son of R&B legend Little Willie John had rejoined the tour a few months ago after being on a medical leave.

Wonder had John’s brother Kevin John come out and sing a special arrangement, with his brother, of “Talk to Me, Talk to Me.” It’s a special arrangement Wonder wrote more than 30 years ago of his favorite Little Willie John hit, from 1958. Wonder has often talked about how as a young boy he would listen to “Frantic” Ernie Durham play Little Willie John records on the radio, and when he heard that John was from Detroit, he was particularly enthralled.

Wonder’s arrangement has the brothers harmonizing beautifully, in a way that was both modern but also reminiscent of their father’s vocal. (The elder John died in 1968).

Wonder met the John brothers in the early ‘80s, and produced music on them as “The John Brothers,” including the updated version of “Talk to Me, Talk to Me.” Soon after, Keith John joined his tour as a singer.

At Joe Louis, introducing the song, Wonder mentioned that when he first met them, they sang as a duo (and recorded for RCA).

“I dedicated the song to my mom,” Kevin John said, of his mother, Darlynn John of Detroit. “I didn’t know for certain that we would sing it until the day of the show, after I was invited down for the soundcheck. My mom was so surprised and so proud to see us both on the stage together, and singing (his dad’s) ‘Talk to Me’ was the icing on the cake.’”