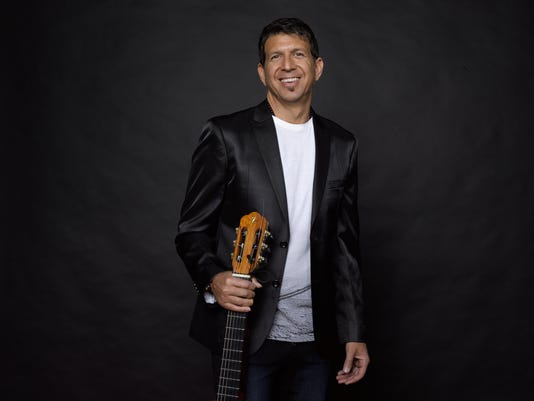 Sean Blackman is one of the concert’s many performers, which benefits the Take On Hate camp­aign and Freedom House Detroit.(Photo: Sean Blackman)

While much of the country angles to fence refugees out, Dearborn is throwing them a party.

On Sunday, the Arab American National Museum will host Rock for Refugees, a concert to benefit the national campaign Take On Hate, as well as Freedom House Detroit, the nonprofit that helps new arrivals fleeing persecution.

Also sponsoring Rock for Refugees are ACCESS, the Cultural Exchange Network and the University of Michigan-Dearborn.

Organizer Ismael Ahmed was inspired to hold the concert, he said, both by the rising hostility to immigrants and refugees nationwide, and the hopeful resistance that was sparked by the Women’s March and the airport protests over the president’s Muslim ban.

“I know a lot of musicians who believe in things,” said Ahmed, who’s a former ACCESS director and now senior adviser to the chancellor at U-M Dearborn, “so I got on the phone and called them. And within a couple days, I’d booked 10 bands to play, and ended up turning down another 10 who found out about it afterward.”

It’s all part of building a community, as Ahmed sees it — something he has considerable experience in, having worked with Rock Against Racism and other music-fueled causes.

“Marches and protests are a big part of building community,” he said, “but I’ve always believed it’s important to bring people together around culture and causes.”

Ahmed calls it a citywide effort: “The result was pretty amazing. We’ve got the most-eclectic group of bands you can think of.”

In addition to performers on stage, work by some 40 visual artists will be sold at silent auction throughout the daylong event.

All in all, it promises to be a music-packed affair.

Other performers will include DJ Ryan Spencer of the Jamaican Queens, the Foundation for Women in Hip Hop, Undesirable Aliens, BombaRica, Taller Than They Appear, Casual Sweetheart and the Detroit Symphony Orchestra Youth Jazz Ensemble, among others.