Mitch Ryder to be inducted in R&B Hall of Fame

Mitch Ryder to be inducted in R&B Hall of Fame 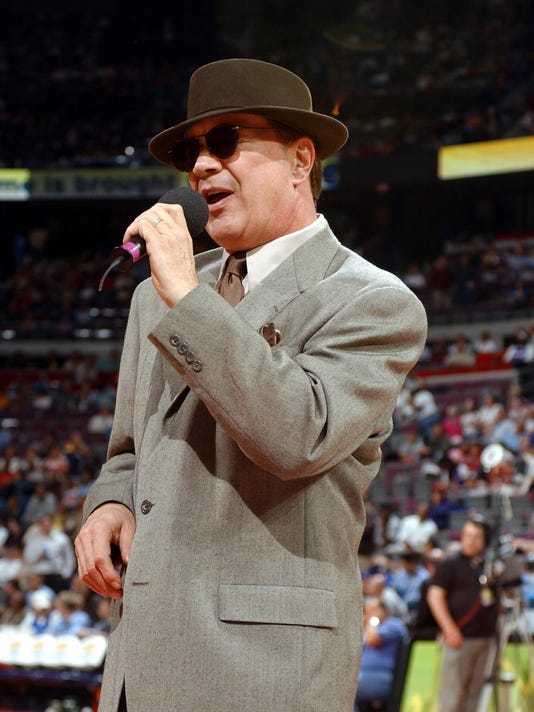 Mitch Ryder will be inducted into the Rhythm and Blues Hall of Fame June 11, at the Music Hall in Detroit.(Photo: Allen Einstein / Getty Images)

Mitch Ryder, one of the most distinctive and soulful voices to come out of Detroit’s 1960s rock music scene, will be inducted into the Rhythm and Blues Hall of Fame June 11, at the Music Hall in Detroit.

Ryder may have fronted a rock band, but make no mistake, his soul props are solid. As a suburban teenager, he made the trek from Warren to hang out at the Village club just off Woodward, to catch sets by the likes of Nathaniel Mayer. By the time he was 17, Ryder sang (and recorded) with a soul group, the Peps.

Later he fronted his own rock band, Billy Lee and the Rivieras, which was renamed Mitch Ryder and the Detroit Wheels. The group had an explosive sound that combined the drive of garage rock with Ryder’s raw, emotional vocals. That sound drove Bob Crewe-produced hits that included “Devil with a Blue Dress,” “Jenny Take A Ride,” “Sock it to Me, Baby” and “Little Latin Lupe Lu.”

Ryder was pleased to hear of his induction alongside some of his soul idols. “I looked at the names of some of those who came before me and it became a celebration of joy for me,” Ryder said in a statement released by his publicist, Cary Baker. “I mean, Aretha Franklin, David Ruffin, Marvin Gaye, Otis Redding, Jackie Wilson, Sam Cooke and so many other voices that brought me great pleasure throughout my life and career. It is still thrilling me, and I’m afraid to wake up from the dream!”

After the Wheels split up, Ryder teamed up with Booker T. and the MGs for the acclaimed album “The Detroit-Memphis Experiment.” Later, he joined back up with Wheels drummer Johnny Badanjek in a group they dubbed Detroit, which was managed by Creem magazine publisher Barry Kramer. Detroit recorded a memorable cover of Lou Reed’s “Rock and Roll,” which many felt surpassed the original. Later, John Mellencamp produced Ryder’s solo album “Never Kick a Sleeping Dog,” which featured his superb rendition of Prince’s “When You Were Mine.”

Ryder is on the short list of artists who have been unjustly overlooked by the Rock and Roll Hall of Fame, but in a sense, the Rhythm and Blues Hall of Fame is the more fitting place for him.

For his part, Ryder says his induction is “an honor which will stay cherished by me for the rest of my life.”

Susan Whitall is an author and longtime contributor to The Detroit News. Contact her at susanwhitall.com