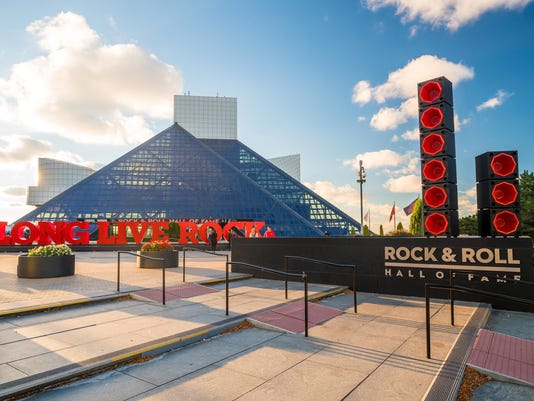 The 2018 Rock and Roll Hall of Fame in Cleveland.(Photo: Dreamstime / TNS)

Cleveland -- Since 2009, the Rock and Roll Hall of Fame induction ceremony has graciously blessed Cleveland with its presence every three years. In each of those years — 2009, 2012 and 2015 — the ceremony has grown from one big night into a full week of events centered on the ceremony, which this year happens on Saturday at Public Hall.

One of the innovations started by the Cleveland contingent was opening up the ceremony to the public, giving fans an opportunity to cheer directly for their music gods and goddesses, adding some much-needed live rock ‘n’ roll energy to a ceremony that is otherwise filled with the honorees, a few of their famous friends and a gaggle of managers, publicists and too many lawyers.

Jon Bon Jovi of Bon Jovi performs at the 2018 iHeartRadio Music Awards. Members of the band who also will be inducted into the Rock and Roll Hall of Fame are Members: David Bryan, Hugh McDonald, Richie Sambora, Alec John Such and Tico Torres. (Photo: Christopher Polk, Getty Images for iHeartMedia)

The 2018 ceremony will welcome Bon Jovi, the Cars, Dire Straits, the Moody Blues and Nina Simone, along with early influence Sister Rosetta Tharpe to the hallowed hall. But 2018 not only marks the ceremony’s return to the home of the actual Rock and Roll Hall of Fame, but it also begins a new era: The Cleveland ceremony will now become biennial, alternating with (likely) Los Angeles or New York, giving veteran performers and music fans around the world another reason to visit Northeast Ohio.

“That’s a pretty big deal because to go into that biennial cycle, it gives us that rhythm,” said Todd Mesek, the rock hall’s vice president of marketing and communications.

“So we’re trying to test things out and play with things and see what works, and now we have it in a cycle where we have it every other year,” he said. “And there’s things like the fan vote, and not just the simulcast, but creating other things, other events, other ways for people to get involved with it. So every year we just try to improve it a little bit more. 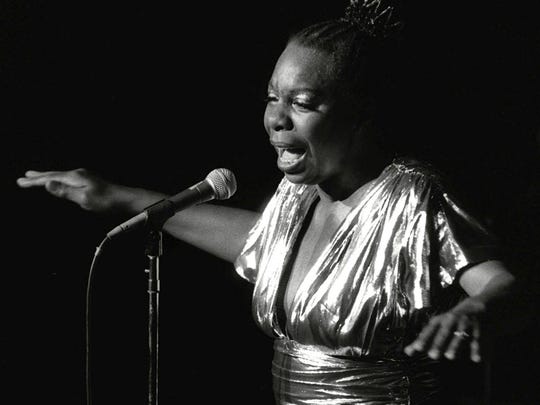 “But now, it’s exciting because there’s a lot of good things for the fans, but there’s also much more buzz among the artists and getting them involved with it, whether that’s on site here or at the ceremony or just digitally working with the artists and connecting the artists with the fans.”

Mesek admits now that the rock hall team has literally half as much time to prepare for the next ceremony, the task of organizing not only the big show, but also the week of events around it is a daunting task. But he says it’s also a welcome one.

This year, Mesek said the hall is trying to reach out more, working with local bars and clubs to do various promotions to raise the buzz level, noting that in 2015, 25 percent of visitors didn’t have a ticket for the ceremony, but just wanted to be in the same town as their rock ‘n’ roll heroes. 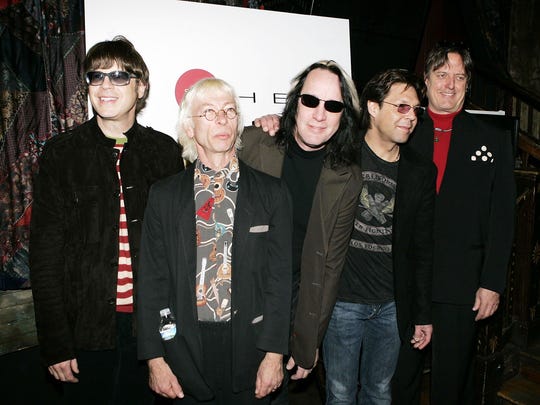 The city and its ceremony’s reputation among artists is also growing.

“We’ve heard from artists. In Cleveland, it’s a bigger deal. In Cleveland, you have a rock ‘n’ roll city, it’s not New York, where it’s just another night,” Mesek said.

“There’s also a different gravitas in Cleveland. So you start to hear chatter among the artists that, ‘Hey, you want to be inducted in Cleveland,’ because there’s an energy in that room that’s different than what you see in other cities.”

Mesek’s case in point is the Moody Blues, who have a dedicated and vocal fan base that has been annually haranguing the hall, its voters and scribes for ignoring the classical-leaning rock band. All the years they didn’t get in, the band members have been public with their personal apathy about the honor, saying it was mainly about their American fans.

But now that the band has finally been welcomed (with help from the fan vote), Mesek said the Moodys are all in.

“I gotta say, you love this kind of band because they are like, ‘Hell, yes, we’re in!’ both in the sense that they are honored, but they’re classy and they’re embracing it,” he said. 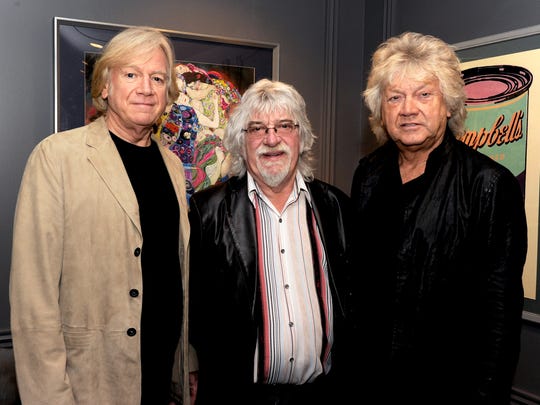 The band will not only be honored at the ceremony, but will also be participating in the Hall of Fame Series on April 12 where Justin Hayward, John Lodge and Graeme Edge will discuss their lives, music and career on the hall’s stage. A concert film from 2017 will be shown continuously throughout the day.

The big week kicks off on Friday with Celebration Day, which Mesek calls a “big party” that includes free admission to the rock hall and a full day of live music headlined by RSO, the band helmed by 2018 inductee Richie Sambora and singer/guitarist Orianthi. Opening day visitors will get a first look at the recently redesigned hall of inductees and the latest exhibits. 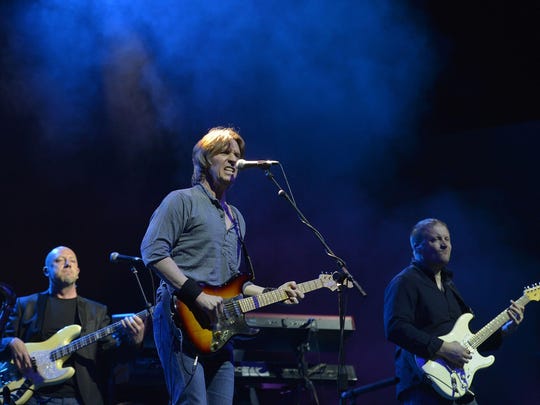 The rock hall is also upping its social media game by live-streaming the red carpet on its Facebook page and YouTube.

“So people can see not just the inductees, but the presenters, the performers and the others coming into town,” Mesek said. “That will make it a little more fun and a way for people who can’t be there to get involved.”

This year’s inductees into the Rock and Roll Hall of Fame are: