The Motown guitarist will release "One Night at Morey's: 1968" Friday on Omnivore Records 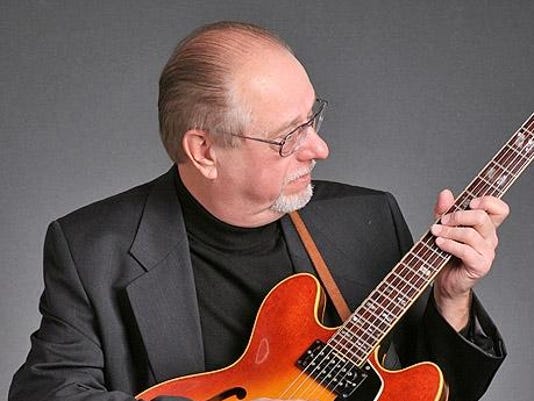 Legendary guitartist and Funk Brother Dennis Coffey will be the special guest Tuesday at “Love and Coffey,” a Valentine’s Day event at the Motown Museum. Guests can meet Coffey and purchase a personalized, signed copy of his new album “Hot Coffey in the D: Burnin’ at Morey Baker’s Showplace Lounge.”(Photo: Motown Museum)

History: This Detroit-based guitarist has worked with the Funk Brothers, is a go-to studio player and also had a successful solo career, including the 1971 hit "Scorpio." You may have seen him in the films "Standing in the Shadows of Motown" and "Searching for Sugarman."

New release: The Detroit music legend's latest is "One Night at Morey’s: 1968," a previously unreleased set that was recorded 50 years ago at Morey Baker’s Showplace Lounge in Detroit. Tracks include originals such as  "Bay City Lights" and "Mindbender," as well as some covers like Charlie Parker's "Billie's Bounce" and "Eleanor Rigby" by the Beatles. Omnivore Records releases the album Friday.