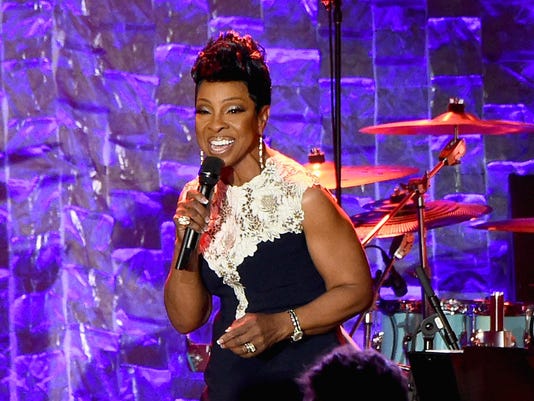 Some of the performers slated to appear at the Musical Tribute Saluting Aretha Franklin happening Aug. 30 at Chene Park Amphitheater in Detroit have been announced by the venue.

Among the names are some of the Queen of Soul's old Motown friends such as Gladys Knight and The Four Tops; as well as LJ Reynolds (of the Dramatics); Dee Dee Bridgewater; KiKi Sheard; Johnny Gill; Angie Stone; Aretha's son Eddie Franklin and granddaughters Victorie Franklin and Gracie Franklin.

Accompanying the artists will be the Ralphe Armstrong Band and Kern Brantley Band.

More artists will be announced as they are confirmed.

Chene Park released a statement from Franklin’s niece, Sabrina V. Garrett Owens, who serves as personal representative of the estate. “On behalf of the family, thank you to those paying tribute and celebrating the life of Aretha. We are grateful for the tremendous outpouring of love and support we have received from friends, supporters and fans all around the world.”

Although the event is free, tickets are required for admission to the concert. There is a limit of two tickets via Ticketmaster digital-mobile, available via Ticketmaster.com starting at 10 a.m. Monday.

Ticketmaster will waive all fees, out of respect for Franklin. Visit www.cheneparkdetroit.com for more details.

Susan Whitall is an author and longtime contributor to The Detroit News. You can reach her at susanwhitall.com.