The Motown Museum is celebrating the legendary record company’s 60th anniversary with four days of activities Friday through Monday that includes “Hitsville Honors,” a night of music and tributes Sunday at Orchestra Hall.

Artists from the classic era, such as Mary Wilson of the Supremes, Martha Reeves, the Four Tops and the Temptations, as well as contemporary Motowners KEM and Ne-Yo, and Detroit’s own Big Sean will perform and pay homage to founder Berry Gordy Jr. and the worldwide phenomenon he started during the event. 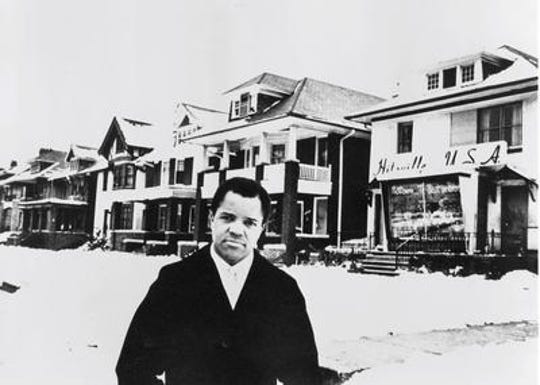 On Saturday, there will be a Motown Gospel Concert, where Gordy is expected to attend, and on Monday the Soul in One Celebrity Golf Classic at Tam-O-Shanter Country Club is planned in West Bloomfield Township.

And for people who like to bowl, the Friends of Fuller Gordy 12th annual Strikefest is planned for Friday.

“Detroiters have been begging for years to bring Strikefest to Detroit,” said Robin Terry, chairwoman and CEO of the Motown Museum. “That (bowling) was part of how the Motown family spent their downtime. Like any other family they had picnics, they played football. Marvin (Gaye) played football and golf.”

Here’s a list of events on tap for the Motown 60 weekend:

Friday: Friends of Fuller Gordy 12th Annual Strikefest, at Thunderbowl Lanes, 4200 Allen Road, Allen Park. In honor of Fuller Gordy, a Motown vice president and Berry’s older brother, who was one of the first black bowlers from Michigan, if not the first, to be a member of the Professional Bowlers’ Association, his daughter Iris Gordy and daughter Karla Gordy Bristol present a bowling event every year in his honor. Motown alumni will take part and there is a buffet dinner and karaoke.

Monday, Sept. 23: The Soul In One Celebrity Golf Classic at Tam-O-Shanter Country Club, West Bloomfield Township. “Golfers Get Ready for a Shotgun Start.” You knew they’d have to say that. Hosted by Duke Fakir of the Four Tops’ Duke Fakir (who has stories galore about playing at Palmer Park with Marvin Gaye, Smokey and others) and radio personality Donnie Simpson. Pistons players expected, etc. Packages, which include lunch and dinner, are $350 for single golfers and $1,400 for groups of four. For ticket information, email motown60@motownmuseum.org or call Paul Barker at (313) 875-2264, ext. 226.