The R&B and soul singer celebrates his new album, which features a clip of Aretha Franklin, Friday at a benefit concert for the school's arts program

Singer Evrod Cassimy is using the release of his second album to shine a light on a fine arts program that he learned about while on the beat at his day job as WDIV-TV’s morning on-air anchor. 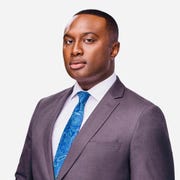 Evrod Cassimy is a morning anchor on WDIV-TV and a singer. He will perform at a fundraiser Friday night at Cass Tech. (Photo: Evrod Cassimy)

This Friday, Cassimy will perform at Cass Technical School’s Grand Theater alongside students to raise money for instruments, band trips, audio and video equipment and other needs. The event also marks the release of “Just Evrod,” his second album.

The singer and news anchor, a Michigan native, said the collaboration with Cass Tech is important to him because over the past six years he’s been in Detroit media, he has gotten to know the students and the school’s principal, Lisa Phillips.

“Every time I went into the school, there was always just a feeling of excellence in the school,” he said. “I would always tell Lisa Phillips, man, if I was born and raised in Detroit I would have gone to Cass Tech High School. I love the alumni that has come out of there, camaraderie, I love the demand for excellence at the school.”

About a year ago, Phillips surprised Cassimy with an honorary diploma from the magnet school. Cassimy said he was so touched that he keeps it in his office at WDIV where he can see it every day.

"I am a proud honorary alum of Cass Tech," said the married father of two. "So when it was time to do my second album I wanted to do something to give back. It was kind of fitting that i would work with the school to find a way to help benefit the school."

He says along with students from the school — band, orchestra, dance team, theater, spoken word, etc. — and himself, the concert will include a surprise appearance by some Cass Tech alumni "who you know."

Cassimy said on this second album, "Just Evrod," he found himself being more vulnerable than than on his first effort, "Newzic," which is also the name of the event Friday.

He says he typically lets the songs speak for themselves but he did delve into the subject matter of one song that is dear to him.

"I touched on some things that were deeply personal and I allow you in to a very private moment in my life and my family's life which is the birth of my second son," he said. "So people listening to the album will get to hear the moment in which my older son meets my younger son ... it's a very touching moment to hear what my oldest son said when he met his younger brother."

"Just Evrod," which is a mix of R&B, soul and pop, also includes an interlude with the Queen of Soul Aretha Franklin singing "Happy Birthday" to Cassimy. The pair got to know each other the same way he connected with the school, via his work at WDIV. He reached out to her for an interview, she accepted — she told him she was an avid watcher of him on the news — and the two singers became friends. 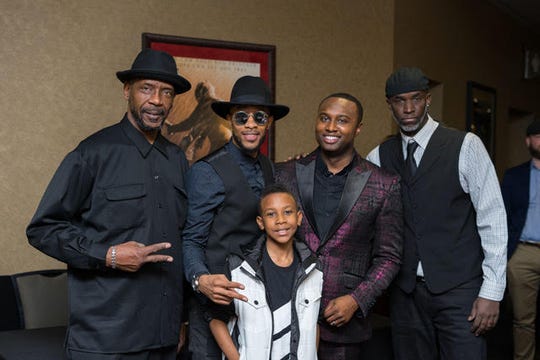 "We were together a few years back where she was singing to me, and allowed me to record it," he said, adding that after her passing her estate allowed him to release the clip on his album.

Cassimy will perform songs from both his albums and will appear solo and with the kids from Cass Tech throughout the evening. He hopes for a good turnout to help fund fine arts at the school.

Plus students from Cass Tech and hosted by Kirby Gwen from 97.9 WJLB-FM