Creator of Lizzo’s signature slogan could get a Grammy nod

Mina Lioness, a singer based in London who Lizzo agreed to give writing credit to, has a chance at earning her first Grammy nomination

Creator of Lizzo’s signature slogan could get a Grammy nod

New York – Mina Lioness’ longstanding battle to finally receive writing credit on Lizzo’s megahit song “Truth Hurts” is paying off in more ways than one: it could win her a potential Grammy Award.

Lizzo’s breakthrough tune features the signature line – “I just took a DNA test, turns out I’m 100% that bitch” – a lyric that originated from a 2017 tweet by Lioness and was turned into a popular meme. And now Lioness, a singer based in London who Lizzo agreed to give writing credit to, has a chance at earning her first Grammy nomination if “Truth Hurts” scores a nomination for song of the year – a category reserved for the writers of a song. 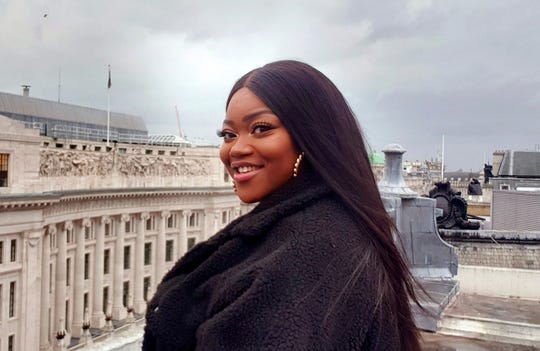 “I haven’t really been able to kind of just sit and ponder what the ramifications is of this happening. I mean, it’s just surreal to me,” Lioness said in a phone interview from London with The Associated Press this week. “I didn’t actually realize that the Grammy nominations were being announced next week, but I knew that this would be a possibility for me when it’s all said and done. But for it to come through so soon as well, it’s just another one of those moments when you’re like, ‘Wow.’”

The Recording Academy will announce its nominees on Nov. 20. When Grammy submissions were due earlier this year, Lioness had not been a listed writer of “Truth Hurts,” but Atlantic Records, Lizzo’s label home, told the AP they are in the process of submitting Lioness’ name as a co-writer of “Truth Hurts” to the Grammys.

“Truth Hurts,” which topped the Billboard Hot 100 chart for seven weeks, is a likely contender in categories like song of the year, in which Lioness would share the nomination with co-writers Lizzo, Ricky Reed, Tele and Jesse Saint John. The song could also land a nomination for record of the year, a category that awards the song’s performers, producers and engineers/mixers, or best pop solo performance, an award that would only be given to Lizzo.

Lioness said next week will be one of the biggest in her life – not only does she find out if she’ll become a Grammy nominee, she will “find out the results of my master’s degree, pretty much on the same day (as the Grammy nominations).”

“I still got work tomorrow,” added Lioness, who studied social policy at the London School of Economics. “I’m still a regular person.”

Lioness created the tweet that’s changed her life “from zero to 100” – as she put it – around 4 o’clock in the morning in 2017. She said she was responding to a tweet from singer-actress Demi Lovato, who had posted about her ancestry background results.

“She was saying all these different places she’s from and in one tweet she was like, ‘And I’m 1% African.’ And I was just so besides myself. I was just laughing so hard,” Lioness said.

She went to bed. Woke up. And she had gone viral.

Her bold sentence has become so popular that even Hillary Clinton tweeted some of the line, sans the vulgar word in August around the time “Truth Hurts” became a worldwide hit. The song was originally released in 2017 but got a boost this year after it was featured in the Netflix film “Someone Great,” and as Lizzo’s label saw the public’s interest in the song, they decided to push it. 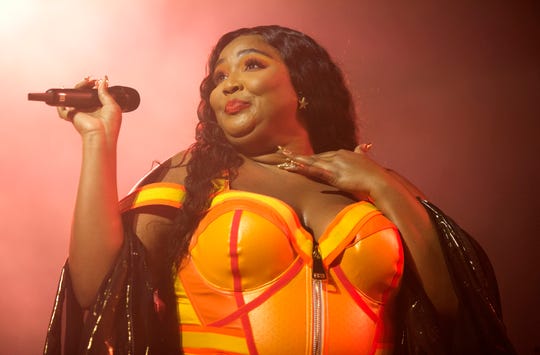 Lizzo performing at The Met in Philadelphia. (Photo: Owen Sweeney/Invision/AP)

Lioness learned her words were featured in “Truth Hurts” when she and some friends were Googling some of their most popular tweets.

“I was just like, ‘What?’ From then on I started to try to get in contact with Lizzo,” she said.

Eventually things blew up for Lizzo last month when the songwriting brothers Justin and Jeremiah Raisen said they felt they deserved writing credit on “Truth Hurts.” A week later, Lizzo announced she was giving credit to Lioness and later filed a lawsuit to establish that the Raisens, as well as Justin “Yves” Rothman, are not entitled to any credit for the song.

Lioness said, at first, she wasn’t sure what to do when she discovered her words were in a pop song.

“I had a lot of resentment at first, I will be completely honest. It did hurt me in the beginning to know that no one actually believed that you’re the one who brought this to the internet,” she said. “It’s so easy to erase credit online, but I just wasn’t going down without a fight.”

She said watching Peaches Monroee – the young girl who went viral after praising her eyebrows for being “on fleek” – not be properly credited for starting the trendy word inspired her to fight hard for her own credit.

Things worked out for Lioness, and she and Lizzo are on good terms. They met in person this month after Lizzo’s concert in London.

“She’s just really kind. She spoke to my heart. She looked me in my eyes and we had a really heartfelt conversation and we hugged,” Lioness said.

And now Lioness is using her newfound fame to help boost her own music career. She said she’s been singing since she was 3 and counts Jill Scott, Mary J. Blige and Erykah Badu as inspirations. She and her musical partner, Jam, have released music together, and they are busy working on more songs as well as writing for others.