The Tony- and Grammy-winner has released his first album of all-original material, the 13-track “Mr.”

The Tony- and Grammy-winner has released his first album of all-original material, the 13-track “Mr.” When he recently performed a clutch of the songs to a live audience in New York he had difficulty explaining how it felt. 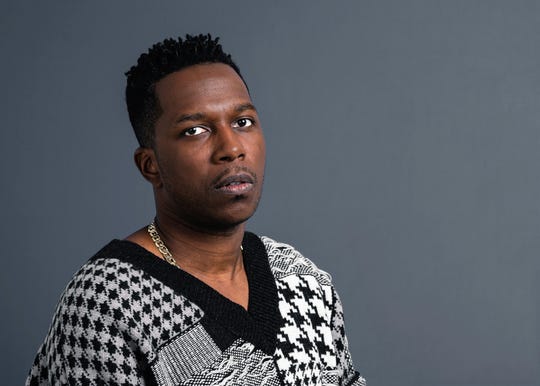 “I don’t quite have words for it, but I will say it was it wasn’t like anything that I’ve expressed before and I was thrown by it. I didn’t know that it would feel that way,” he said. “There’s just something corseted when you’re handling someone else’s material.” Now, he adds, “There’s no corset.”

“Mr,” with songwriting help from Rafael Casal, is a complex and fascinating collection of jazz, R&B and pop, featuring a vocalist able to purr one moment and soar the next. Odom said he felt that his third album had to encompass all his interests after putting out jazz and Christmas collections.

“I did feel like this needed to be an introduction,” he said. “That’s why in part the styles are so varied, because that’s what I like to sing. So I really do feel like all of me is on this record.”

The album is a family affair, with his wife, the stage and screen actress and singer Nicolette Robinson, providing backing vocals for four tracks and his grandmother, Eva Mae Odom, reciting Henry Wadsworth Longfellow’s poem “A Psalm of Life.” Gleeful laughter is heard from his toddler baby, Lucy. Odom got the iPhone sound of dad tossing her into the air to be threaded into two songs.

“I wanted to include as much of my life and the people who make me who I am on some level. I wanted to sew them into the tapestry if I could,” he said.

Some of the highlights include the exuberant Broadway-ish “Hummingbird” (his daughter’s favorite) and the thoughtful and complex “Remember Black,” a sonic tour of the African American contribution to American culture. Then there are the songs that Odom clearly had his wife in mind – “u r my everything” and “Go Crazy.”

“My wife is a star,” he said, laughing. “She’s not the background in my foreground in any way. I didn’t know if she’d be willing to sing background. I just wanted her to know, ‘It’s not that I think you’re less. It’s just that I want you there.’”