Music mainstays and newcomers speak out on Grammy inclusion

Music mainstays and newcomers speak out on Grammy inclusion

New York – Drama over fairness and inclusion at the Grammy Awards carried over to music’s big night Sunday as newcomers and mainstays in the industry supported Sean “Diddy” Combs and his powerful speech putting the Recording Academy on a clock to fix the nomination process when it comes to rap and R&B in major categories.

“I think if they smart, they listen to Diddy,” soulful singer Lucky Daye told The Associated Press on the red carpet.

Just days ago, the academy’s just-ousted CEO Deborah Dugan claimed that the awards are rigged and filled with conflicts of interest. At the Clive Davis gala Saturday night, Combs – who was honored – spoke for 50 fiery minutes, saying in part: 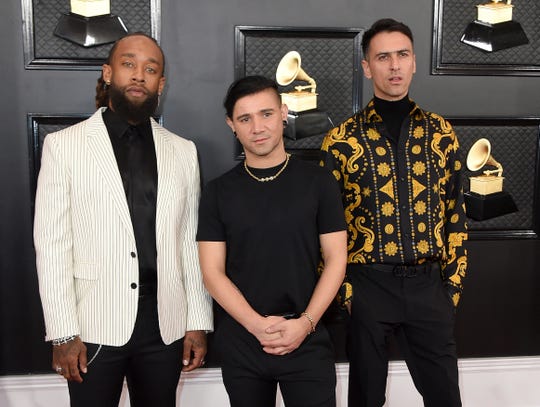 “So I say this with love to the Grammys, because you really need to know this, every year y’all be killing us man. Man, I’m talking about the pain. I’m speaking for all these artists here, the producers, the executives. The amount of time it takes to make these records, to pour your heart into it, and you just want an even playing field.”

Legend Smokey Robinson had words of support for Combs, his friend, but he said he wasn’t surprised about the Grammy criticism.

“Diddy could actually be a politician. I thought this speech was powerful. It touched on a lot of things people were afraid to say,” he said.

Of Dugan calling out manipulation of the nomination process, he said, “It’s not like it’s news. We’ve known it all along. It’s just coming to the forefront. All that is hidden will come to light.”

Bluesman Keb’ Mo’, who has served on academy boards over the years, said his experiences on the inside have been “nothing but integrity.” He added: “Nothing’s perfect, but my experience is the Grammys trying to maintain integrity and the artistic process.”

Others said Combs’ words and support will hopefully go a long way.

“I believe that, you know, sometimes there’s always a tweaking that can be done. … I think sometimes you may have to just revisit the process,” said gospel artist Tasha Cobbs Leonard. “I have hope that’s what’s happening now in every category.”

The Grammys have been criticized over the years when Beyoncé, Kanye West, Eminem, Mariah Carey and other top stars have lost in major categories, including album of the year and best new artist. The rap and R&B stars often fall short of their pop, rock and country counterparts.

Boys Noize, along with Skrillex and and Ty Dolla $ign, also supported the cause on the red carpet.

Ty Dolla $ign added: “The people will rise for sure.”