Los Angeles – A judge has extended to three years a restraining order taken out by Billie Eilish against a man who repeatedly appeared at her Los Angeles home.

In a hearing, Superior Court Judge Dianna Gould-Saltman agreed to the extension of the May 11 order preventing 24-year-old Prenell Rousseau of Farmingville, New York from attempting to contact or coming within 100 yards (91 meters) of the 18-year-old pop star or her parents.

Eilish, her attorney and her parents phoned in to the hearing, held in a courtroom that was empty except for a reporter from The Associated Press and court staff because of tight coronavirus restrictions. All including the judge wore face masks. 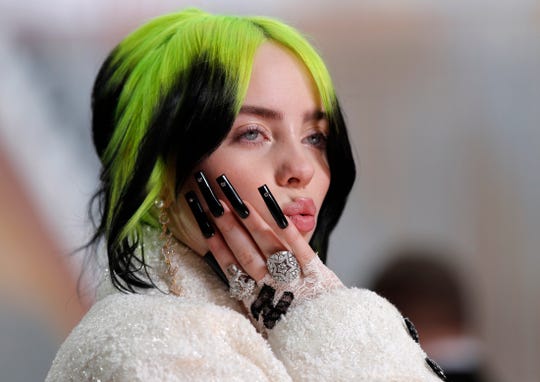 FILE - In this Feb. 9, 2020 file photo, singer Billie Eilish arrives at the Oscars in Los Angeles. A judge has extended to three years a restraining order taken out by Eilish against a man who repeatedly appeared at her Los Angeles home. (Photo: John Locher, AP)

The order also prohibits Rousseau from assaulting or harassing the family, or from coming near Eilish’s workplaces.

Neither Rousseau nor an attorney for him appeared at the hearing. Messages left with possible relatives seeking comment from him were not immediately returned.

Eilish listened by phone but did not speak. Both of her parents answered yes when the judge asked them if they would like to be included in the order.

Eilish said in court documents that Rousseau showed “erratic behavior” as he appeared at the home she shares with her parents seven times on May 4 and 5 until he was finally arrested for trespassing.

Her attorney Mark D. Passin asked the judge for a five-year restraining order, but Gould-Saltman settled on three years after hearing that Rousseau had made no attempt to contact Eilish or her family outside of those two days.

The judge said she was not trying to minimize the threat, and emphasized that the order can be amended and extended if necessary.

In his first appearance at the home, Rousseau rang the doorbell and asked Eilish’s father through the a surveillance camera whether she lived there, and persisted after he was told he had the wrong house.

The family called their private security service when he returned later the same evening.

“While we waited for security, Mr. Rousseau remained on our porch, sat down and began to read a book, while also continuing to engage in a periodic monologue,” Eilish said in court documents. “My father repeatedly asked him to leave, but he refused.”

The documents say Eilish and her family were frightened by Rousseau, in part because he did not wear a face mask in five of his appearances at the home, and repeatedly touched the doorbell and doorknob without gloves.