Demi Lovato is the face of mental health in new campaign

Demi Lovato, who has been diagnosed with bipolar disorder, is the face of a new mental health campaign

Demi Lovato is the face of mental health in new campaign 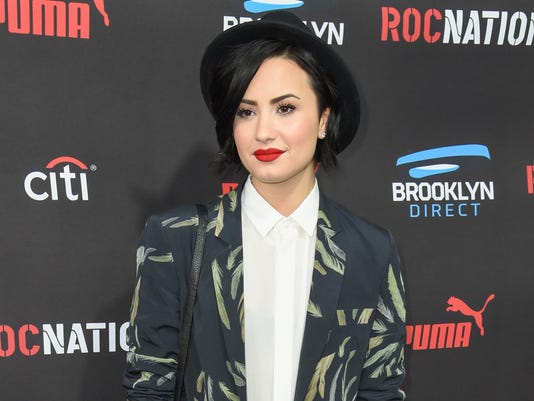 Los Angeles — When Demi Lovato was diagnosed with bipolar disorder, she was actually relieved.

“Growing up, I felt very, very depressed,” she said. “Even though I was playing concerts and living out my dream, I couldn’t tell you why I was upset.”

After a family intervention, she sought treatment and learned she has a mental illness.

“I remember smiling and thinking great, OK, so there’s not anything wrong with me as a person,” she said in a recent interview. “It’s actually just a condition that I have and I can do something to fix it. I don’t have to be like this forever.”

Lovato is sharing her story and encouraging others to do the same through Be Vocal: Speak Up For Mental Health, an initiative launched Thursday by a pharmaceutical company, the National Alliance on Mental Illness and other mental-health advocacy groups. Its aim is to improve treatment options at all levels and erase the stigma around mental illnesses.

“It’s not something that anyone should be ashamed of,” Lovato said. “The more people talk about it, the more people can come out and get the help they need.”

Be Vocal is as much about sufferers voicing their treatment needs as it is about families and communities speaking up for better resources to meet those needs, she said.

Lovato’s improved mental state is reflected in her work.

“I’d say my music is a lot happier now!” she said with a laugh.

The 23-year-old entertainer said she’s recording a new album, which she plans to release on Safehouse Records, the new label that she and partners Nick Jonas and her manager, Phil McIntyre, announced earlier this week.

And she’ll continue to advocate for mental health, to make depression and other mental illnesses as easy to discuss as diabetes or the flu.

“I didn’t understand why I was going through what I was when I was dealing with all of this, and I realized I could share my story and help others,” she said. “If that’s my purpose for being on Earth, than that’s what I want to do. There’s so much more to life than just singing.”