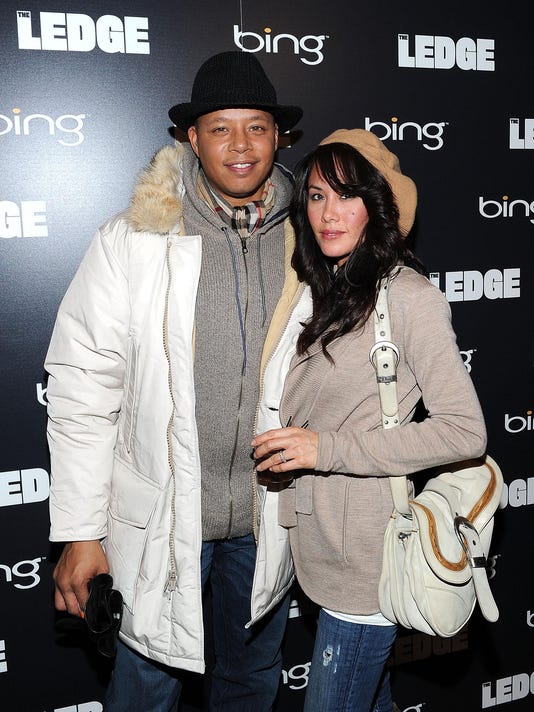 A judge overturned Terrence Howard’s divorce settlement with his second wife Monday, finding the actor was coerced into signing the settlement by her threats to leak private details. Superior Court Judge Thomas Trent Lewis’ ruling means Howard and his ex-wife, Michelle Ghent, will now have to renegotiate the financial terms of their divorce, reports the AP. The ruling also ends, for now, any claims Ghent has to Howard’s earnings from the hit TV show “Empire,” which opens its second season next month. Howard contended he signed a 2012 settlement to end his marriage to Ghent out of fear she would leak private details about him, including phone sex recordings with other women and a video of him dancing naked in a bathroom.

The owner of a home where comedian Rosie O’Donnell’s teenage daughter was found last week sent the girl a nude photo, according to a criminal complaint released Monday. Steven Sheerer, 25, is accused of having inappropriate online communications with 17-year-old Chelsea O’Donnell, reports the Associated Press. He “knowingly distributed obscene images to a minor … specifically a nude photo over the Internet,” the complaint said. The Barnegat, N.J., man made his initial appearance in state Superior Court Monday afternoon and did not enter a plea. He faces charges of child endangerment and distribution of obscenity to a minor. Bail remained at $40,000 cash, but a bail review was scheduled for Tuesday. Prosecutors say he faces up to 10 years in prison if convicted.

Bindi Irwin will compete on season 21 of ABC’s “Dancing with the Stars” when it returns Sept. 14. “Good Morning America” revealed the news Monday with a live interview with Irwin, daughter of late wildlife expert, “Crocodile Hunter” Steve Irwin. “This is completely different to anything I’ve done in my life. I’m used to wrangling crocodiles, said the 17-year-old. Irwin has worked to carry on her father’s legacy, hosting TV shows, writing books and co-writing books to promote conservationism.

Compiled by The Detroit News