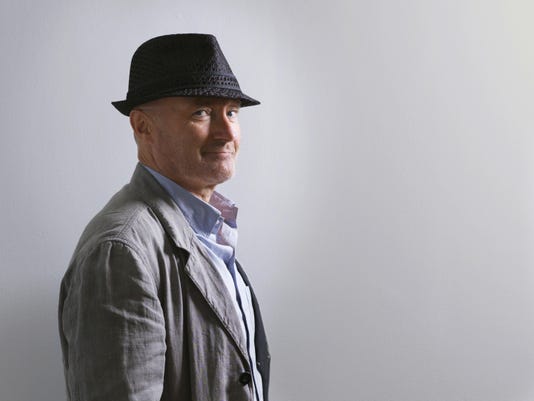 Phil Collins coming out of retirement

Musician Phil Collins is planning a comeback album and tour, he tells Rolling Stone. “I’m no longer officially retired,” he said. “The horse is out of the stable and I’m raring to go.” The Genesis singer, who had back surgery earlier this year, says his school-aged children were the motivation to get back into the spotlight. “They enjoy my music and I’d like to take them out so they can enjoy it.” Rolling Stone reports that Collins’ longtime manager Tony Smith is already laying the groundwork for a tour.

When thinking of American singer Lionel Richie, who doesn’t think of stemware, serving plates and decorative candles? This week the “Dancing on the Ceiling” hitmaker launches Lionel Richie Home Collection by Impulse! International. The dinnerware, barware and entertaining accessories are a mix of contemporary designs with traditional features. “I was inspired by some of the memories that I have enjoyed with family and friends, and being able to share those memories is what makes this collection so special to me,” Richie said in a press release for the collection, which will debut in January at high-end retailers and in hotels and restaurants globally.

Rick Rubin to be honored during Grammy Week

The man with one of the most famous beards in rock and roll, Rick Rubin, will be honored by the Recording Academy’s Producers and Engineers Wing during Grammy Week in 2016. Grammy Week runs just before the 58th annual awards, which are Feb. 11 in West Hollywood. Rubin co-founded Def Jam Records with Russell Simmons and has produced everyone from Adele to Slayer. Previous honorees from the Producers and Engineers Wing include Neil Young, Quincy Jones, Jimmy Iovine and Al Schmitt.

On Nov. 7, producers for “America’s Got Talent” will be at Cobo Center kicking off their 12-city search for undiscovered entertainers. Those interested in auditioning for the show’s 11th season should visit AGTAuditions.com to register for the local call. The show is open to all ages, but be sure to visit the website to get the necessary paperwork before the audition.

■Singer Christina Milian opened up to HuffPost Live about her recent break-up with rapper Lil Wayne. “We’re adults, and we understand maybe it’s not the right time for us, but we do love each other,” she said. She says the pair still talk every day.

■Actors Emma Stone and Andrew Garfield have ended their four-year romance, People magazine reports. A source told the magazine they are still “on good terms.”