In the three days following his death, there were 2.3 million Prince song sales, including nearly 1 million on Thursday 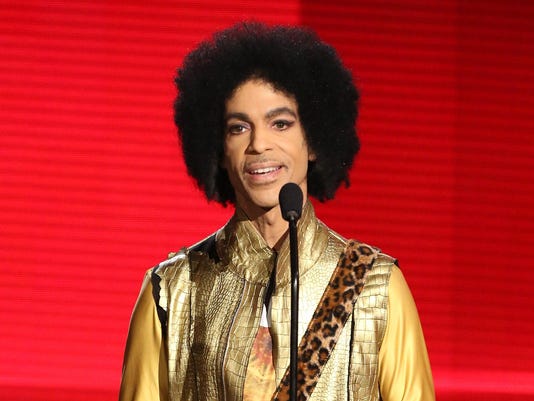 Prince, widely acclaimed as one of the most inventive and influential musicians of his era with hits including "Little Red Corvette," ''Let's Go Crazy" and "When Doves Cry," was found dead at his home on April 21, 2016, in suburban Minneapolis. He was 57.(Photo: Matt Sayles / AP)

Sales of Prince’s music have skyrocketed since the artist’s death last week.

According to Nielsen Music, in the three days following his death there were 2.3 million Prince song sales, including nearly 1 million on Thursday.

Albums sales were led by “The Very Best Of Prince.”

The 57-year-old singer was found dead Thursday at his Paisley Park compound in suburban Minneapolis. An autopsy was conducted Friday. Authorities said it could be weeks before the cause of death is released.

Carver County Sheriff Jim Olson said Prince’s body had no signs of violence and there was nothing to suggest suicide.