The author and television host chats at the Fox Theatre Sunday, and has plans for an upcoming ‘historical’ project in Detroit 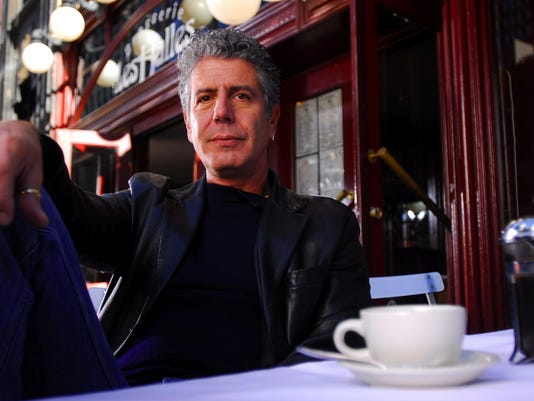 Anthony Bourdain, who travels the world for his CNN food show, “Parts Unknown,” has a soft spot in his heart for Detroit.(Photo: Travel Channel)

There’s a few things about celebrity chef and bestselling author Anthony Bourdain that many of his fans know: he doesn’t mince words, he listens to punk rock and he lives in New York City when he’s not traveling the world or his CNN show “Parts Unknown.”

Fans around here, though, also know him as a cheerleader for Detroit.

The 60-year-old television host has visited the city on a few high-profile occasions starting in 2009 when his Travel Channel show, “No Reservations,” highlighted Family Donut Shop and Polonia restaurant in Hamtramck, Al-Ameer in Dearborn and the Cadieux Cafe in Detroit.

Before his 2013 his Detroit episode of “Parts Unknown,” which brought him to Duly’s Place coney island and an under-the-radar Salvadoran restaurant operating out of a house, Bourdain literally wrote a love letter to Detroit on his blog, calling it “one of the most beautiful cities in America.”

Bourdain is back in town this week appearing at the Fox Theatre on Sunday for a conversation and “lengthy” question-and-answer session with the audience.

Dubbed “The Hunger,” the tour is in support of Bourdain’s new book, “Appetites: A Cookbook” released Tuesday. It’s a realistic look at making food that includes not-so-perfectly-plated dishes, and aims to give home cooks reasonable expectations.

“A lot of it has to do with planning, preparing a head of time, often substantially ahead of time, so you can spread out the workload over even a couple days,” he says. “I talk about the compromises you can make and I’m honest about the fact that most restaurants don’t cook risotto from scratch. I try to present recipes that could be reasonably accomplished by a decent home cook and advise against trying to cook the whole fillet or sole on the bone for a dinner party because that’s a dish likely to go wrong.”

In addition to the tour stop, Bourdain has revealed that an upcoming project will be set in Detroit, but he can’t get specific.

“I am working on a very substantial, nonfiction project in Detroit,” he says, adding that it’s on a “historical subject.”

“I have a personal agenda about Detroit, I guess. It’s a city I really like and it irritates me that it doesn’t get enough attention and enough love.”

Bourdain’s “residually angry” about some of the backlash that the auto bailout created, he says.

“I’m still angry about the fact that there were people walking around at one point saying we shouldn’t bail out the auto industry and that we should let Detroit sink,” he says. “This strikes me as the height of anti-Americanism and just downright unpatriotic and suicidally stupid and in hideous taste to start with.

“Given any opportunity to talk up Detroit, or pay attention to it, I’m for it.”

At Bourdain’s Fox Theatre show — which he advises is for adult audiences only — fans are likely to hear the chef’s current favorite punk songs on a playlist before the show.

“(As if Detroit) needed a reason to be called great, Iggy alone is the reason,” he said, calling the recent Iggy Pop concert he attended “one of the greatest moments of my life.”

“To see Iggy loved for new music in its own time ... he didn’t have to wait 20 years or 30 years ... people were calling out songs from the new album and he really looked happy up there.”

Bourdain — who thinks Detroit is “in good shape” if we’re getting a Shake Shack, which is set to open next year near Campus Martius — says he won’t have time on this visit to explore any restaurants, but he does hope to find a martial arts gym in the morning to practice his jujitsu, which he likens to “human chess.”

“I go to regular classes, I don’t do private sessions,” he says. “I’ve had my ass kicked all over the world. It’s an obsession; I like it.” 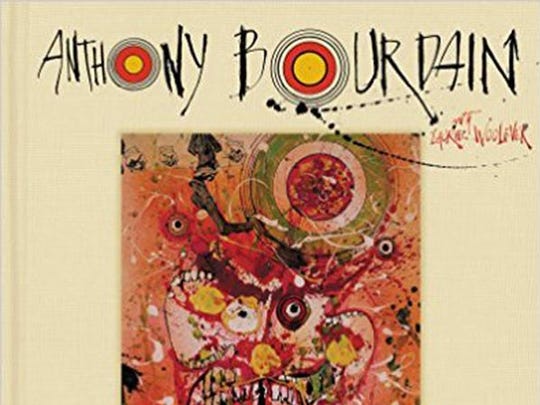